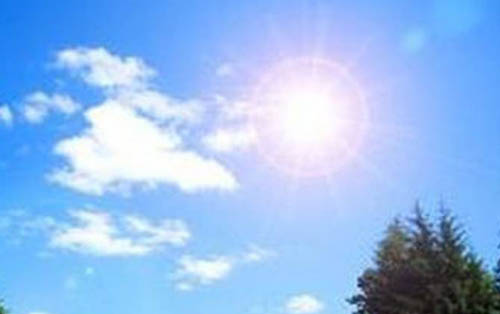 Plains of the country sizzled in severe heat wave on Sunday with frequent tripping and unscheduled loadshedding adding to the woes of heat stricken people.  Experts have predicted increase in the intensity of prevailing heat wave in the day and at nighttime during the next couple of days.

Dalbandin, Bhakkar and Noor Pur Thal remained hottest places in the country where mercury rose as high as 47 degree Celsius. Maximum temperature in Dadu and Bannu was recorded 46 C, Risalpur, Sibbi, D I Khan, Kohat and Shaheed Benazirabad 45 C.  In Lahore, maximum and minimum temperature was recorded 44 C and 29 C respectively. Relative humidity in the evening was recorded 31 per cent. People avoided unnecessarily coming out, decreasing traffic on otherwise busy roads at noon and in the afternoon.  Lahore canal, as usual, attracted a large number of people including women and children on a holiday. Not only youth but also elderly people were seen taking bath in the canal water.

10 Richest Footballers in the World

10 Richest Footballers in the World