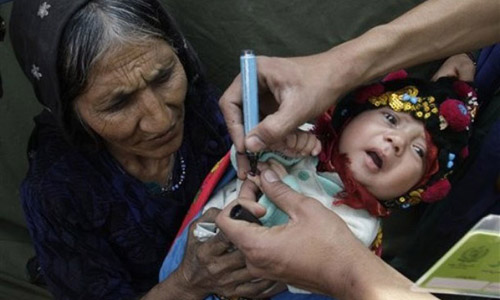 Lack of sufficient staff and proper coordination between the Khyber Pakhtunkhwa health department and administrations of southern districts are hampering immunisation of the displaced children arriving from North Waziristan Agency.

These children posed serious threats to the children in host communities in different cities of Khyber Pakhtunkhwa. The health department in Bannu would earlier give oral polio vaccine (OPV) to children under 10 years, but three days ago it had launched general vaccination of people regardless of age on the recommendations of the World Health Organisation. -dawn