9 ‘Trainee Terrorists’ Among 12 Held in Attock 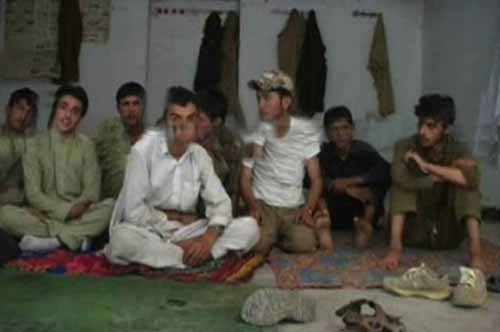 9 'trainee terrorists' among 12 held in Attock

In a coordinated action by Punjab Police and Rangers, at least a dozen suspected terrorists disguised as Internally Displaced Persons (IDPs) were arrested in Attock Sources told that three suspected terrorists from Lower Dir were trafficking nine young boys to a Mansehra training camp in a van, when they were intercepted by the law enforcement agencies.

“They could not come up with satisfactory answers and failed to prove their identities”, an official said. He added that the suspects broke down under ‘interrogative pressure’ affirming police suspicions. “The minors were to be brainwashed/trained to become terrorists or even suicide bombers”, a police official told. The suspects have been charged under the Anti Terrorism Act. Further investigation is underway. -samaa

9 ‘trainee terrorists’ among 12 held in Attock by thetimesofpakistan