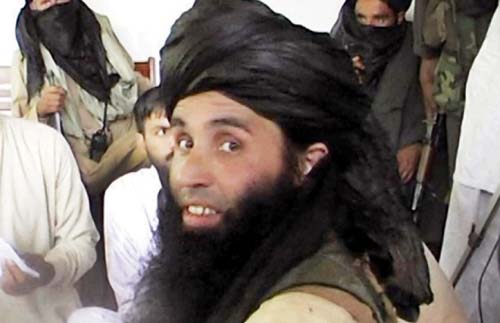 Pakistan on Tuesday insisted its ongoing military offensive to eliminate insurgent hideouts in the North Waziristan tribal area would target all militants, including the Haqqani network.  Giving a briefing to foreign media on the operation Zarb-e-Azb in North Waziristan here on Tuesday,

Inter-Service Public Relations (ISPR) Director General Asim Saleem Bajwa and other military and civil officials also said Pakistan has once again urged the Afghan authorities to act against Tehreek-e-Taliban chief Mullah Fazlullah who is in Afghanistan. “This is something we have been crying hoarse – this has been raised at every level,” Gen Bajwa said. “The leader of the TTP Mullah Fazlullah is sitting across the border in Kunar or Nuristan and Afghanistan needs to do something about it.” The officials reiterated that no one would be allowed to use Pakistani soil for terrorist activities. They said that the operation would be carried out in four stages.

In the first stage, terrorists will be eliminated in NWA and then they would be tracked and targeted elsewhere. Further details of the operation or its stages were not shared.  The officials said the operation will continue till establishment of government’s writ in North Waziristan.  ISPR DG Asim Saleem Bajwa asserted that the current operation would target terrorists of all colours and it is against all the militants, including the Haqqani network. He said NWA was the last safe haven of terrorists, which will be eliminated at all costs. “The terrorists of various colours are not wearing different caps, so this will be an indiscriminate operation. As soldiers move in, they eliminate everyone without discrimination,” he said.

“That means any terrorist who is on the soil of Pakistan right now within the area of operation,” he told reporters.  “They cannot escape,” he told the press briefing. “It’s very clear that those who left inside are only terrorists.” “The operation was launched after giving a chance to peace and for this purpose a prolonged dialogue process was initiated with militants, but it remained fruitless,” he said.  Two soldiers were killed in an ambush Tuesday on the second day of ground offensive in North Waziristan. Jets and artillery began pounding militant targets in North Waziristan on June 15, launching an operation to regain full control of the area. Bajwa faced strong questioning about whether the military was pursuing the Haqqanis or allied Taliban commanders. -nation