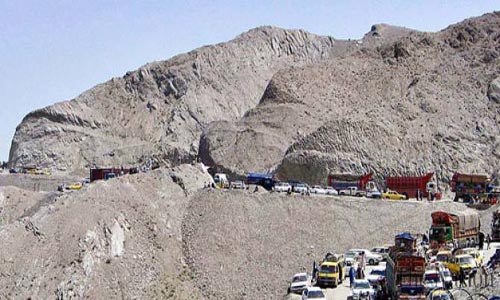 At least four children were killed when a truck travelling from Dera Murad Jamali to Mastung fell into a ravine near Dhadar.

According to Levies personnel, the truck laden with rice was on its way to Mastung when it lost control near Dhadar and plunged into a deep ravine. As a result, the truck driver’s four children — three daughters and a son — were killed. They were said to be aged between 2-10 years of age. Meanwhile, the injured persons were shifted to District Hospital Dhadar for treatment. -nation