Govt Claim of ‘No Foreign Aid’ to IDPs Dented 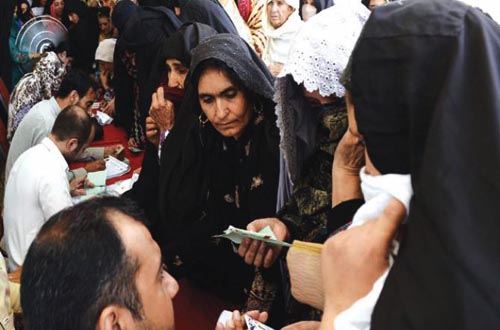 Govt claim of ‘no foreign aid’ to IDPs dented

Nawaz government has suffered a serious blow to its already fragile political credibility on question of assistance to hundreds of thousands of people displaced as result of military operation in North Wazirsitan. Contrary to its claims that all the IDPs are being looked after through national resources and government does not need any foreign assistance, important friendly countries including the US and the UAE have already contributed foreign assistance worth of millions of dollars.

This transpired on Monday during an Iftar reception hosted by ambassador of United Arab Emirates (UAE), which apart from several federal ministers was attended by the ambassadors of United States, China, Iran and some Arab countries. Finance Minister Senator Ishaq Dar and Abdul Qadir Baloch were among the attendees, when UAE ambassador Essa Abdullah Al Basha Al Noaimi in his speech said that his country is supporting IDPs from North Wazirsitan through a Development Assistance Programme. Interestingly, none of the two ministers stood up and corrected the ambassador on their government’s policy regarding foreign assistance for IDPs. Finance Minister Ishaq Dar was the first guest minister who left the venue soon after the Iftar speech delivered by the UAE ambassador, thus leaving an impression on the audience that he was perhaps avoiding the media.

Minister Abdul Qadir Baloch, who is directly monitoring the state of IDPs, also left soon after. But US ambassador Richard Olson while leaving the venue did reiterate that his country has so far contributed $8 million worth of essential aid for the IDPs. “Lack of government clarity in policy and growing confusion about foreign assistance and its use for the IDPs is a serious question that may drive the government to hit a huge landmine,” remarked a senior diplomat from a Commonwealth country. He was of the view that government should announce a clear policy about the foreign assistance if some countries wanted to support the IDPs. “This gray area should immediately be addressed by the government as it would cause serious blow to its credibility, another anonymous guest remarked. Ambassador Al Noami in his speech also highlighted the fast growing bilateral ties between Pakistan and the UAE.

He reaffirmed commitment of his government in continuing to help Pakistan. Chinese Ambassador to Pakistan in a separate chat with reporters’ also reiterated full support to Pakistan government in its efforts to eradicate terrorism and their support to ongoing military operation against terrorists and their sanctuaries in North Waziristan. He also spoke about the progress being made in the implementation of China-Pakistan Economic Corridor project. He was of the view that work on the project is in progress on fast track basis. The Chinese ambassador also rejected media reports that Chinese government had imposed any restriction on Muslims in Xinjiang province. Monitoring Desk adds: Federal Minister for States and Frontier Region (SAFRON) Lt-Gen (retd) Abdul Qadir Baloch has said that there is no ban on international aid agencies for helping the IDPs but the government has no intention to ask for help and make an appeal for displaced people of North Waziristan. Talking to BBC on Monday, Abdul Qadir Baloch said the government had resources to cope with the problem, so there was no need to ask for help from international aid agencies.

Replying to a question, he said 778,000 IDPs had so far been registered by the government. He further said that 61,000 families had migrated from Waziristan. He said only few people had moved to Afghanistan after the Zarb-e-Azb operation. Baloch said after comparing the initial data with that of Nadra, a final conclusion could be drawn about the total number of affectees To a question about insufficient arrangements for affectees of the operation, he said government was pursuing talks with Taliban very seriously, and even he himself had no idea about the outcome of the talks and movement of such a big number of IDPs after operation.  He went on to say that unluckily government’s endeavours to seek a peaceful solution to the terrorism problem could not bear fruit. Baloch said if the government would start making arrangements for the affectees too early, the people could doubt the government’s sincerity and intention towards the talks process. -nation