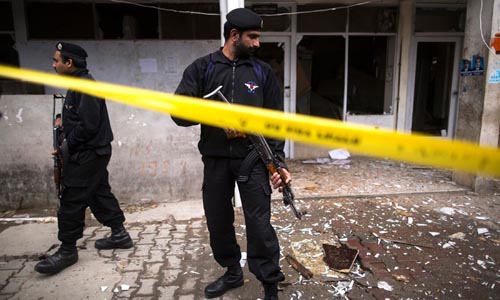 At least six people sustained injuries in a gas leakage explosion in a private hotel located in Karachi company area of the federal capital in Tuesday’s small hours. According to police sources, the explosion occurred as a result of leakage in gas pipeline.

The police spokesman said no clue regarding the use of any explosives was found in the blast. According to police sources, the injured have been shifted to hospital. SP Captain Ilyas said the building has been evacuated, adding no part of the building collapsed; only its glasses broke down owing to the intensity of the blast.  –SAMAA