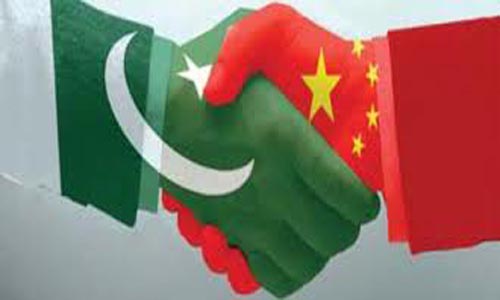 Chinese Foreign Minister Wang Yi, in a meeting with Punjab Chief Minister Muhammad Shahhaz Sharif on Wednesday, fully supported the military operation Pakistan had launched against the terrorists in North Waziristan.  Wang Li, who was talking to Shahbaz Sharif on the third day of his (Shahbaz’s) visit to China, said doors of China were always open for the Pakistani guests.

He said no one would be allowed to create any hurdle in implementing the economic package including Karachi-Lahore Motorway and other projects and China was ready to even relax rules and regulations for its friendly country Pakistan in this regard. He further said that terrorism was a joint problem of China and Pakistan as such elements were enemies of both the countries. He said China fully supported the operation launched by Pakistan against terrorists. Chief Minister Muhammad Shahbaz Sharif shared views with the Chinese foreign minister on the regional situation, besides ongoing development projects being implemented in Pakistan with the cooperation of China. In an hour-long meeting, Federal Minister for Planning & Development Ahsan Iqbal was also present.

Shahbaz said he had brought a message of goodwill from Prime Minister Muhammad Nawaz Sharif for the government and people of China. He also thanked Chinese foreign minister for his role in the implementation of economic package announced by China for Pakistan. He said the considerable progress made on the economic corridor during the short period of one year was reflective of the sagacity and extraordinary interest being taken by the leaderships of the two countries. Shahbaz said Pakistan had decided to launch a decisive war against terrorism as it was a fact that no progress could be made without elimination of this menace. He said Pakistani government was speedily implementing Gwadar project and the process of acquisition of land had been completed after making payments.

CHINA DONATES $50,000 TO IDPS Online adds: The Chinese Embassy in Pakistan on Wednesday donated 5 million rupees (50,000 US dollars) for the settlement of the Internally Displaced Persons (IDPs) from North Waziristan. Chinese Ambassador to Pakistan Sun Weidong handed over the donation cheque to Abdul Qadir Baloch, Minister of States and Frontier Regions (SAFRON), at the Ministry in Islamabad. Speaking at the donation ceremony, Ambassador Weidong said as an all-weather strategic partner and good neighbour of Pakistan, China shows deep sympathy for the IDPs. The Chinese Embassy in Pakistan decided to donate for the IDPs as an expression of goodwill, and hoped all the IDPs could be properly settled, he said.

China always stands by the Pakistani government in implementing and moving forward its counter-terrorism and security strategies based on its national conditions, he said, adding, that China will continue to support the Pakistani government in their endea vour to safeguard national security and stability and to combat terrorism. Abdul Qadir Baloch thanked the Chinese government and the Chinese Embassy for the donation, and briefed the Ambassador on the settlement of the IDPs. The Pakistani Army launched a major military operation in northwest Pakistan on June 15 against foreign and local terrorists hiding in North Waziristan tribal regions. -nation