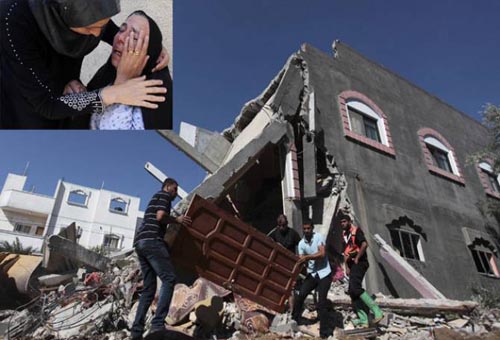 Pakistan condemned Israeli military attacks on Gaza saying Islamabad is deeply concerned at the recent escalation of violence and loss of lives in Palestine.

“Pakistan condemns Israeli aggression and supports the international community’s efforts in bringing about a cessation of unilateral Israeli strikes killing Palestinians, including women and children,” the Foreign Office spokesperson said in a statement issued on Wednesday.

It said that Pakistan has consistently supported the Palestinian cause, specially the two-state solution which paves the way for a viable, geographically contiguous Palestinian state, created on the basis of pre-1967 borders, with Al Quds Al-Sharif as its capital. -nation