by ToP
in Business, Featured, Pakistan
0 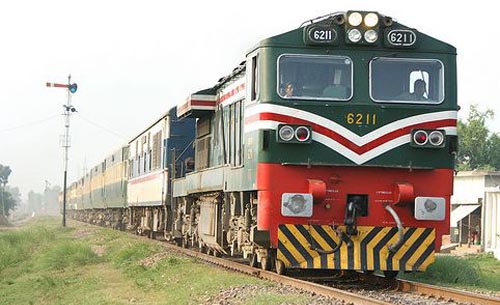 Pakistan Railways has declared Pakistan Business Express (PBE) project as disappointing and damaging to the department. Denying a statement by the director PBE published in few newspapers here on Saturday, a PR spokesman said Business Train administration was defaulter of millions of rupees of the Railway.

It said that National Accountability Bureau was investigating the case. According to a statement, an agreement under public-private partnership was signed on December 18, 2011 and train service was initiated on February 3, 2012 while the PBE administration was bound to pay Rs 3.19 million to the railways on daily basis  but the PBE defaulted from the first day. Later, the financial committee of the cabinet made some amendments in the agreement and provided facilities to the PBE.

According to the latest situation, the PBE is defaulter of Rs 930 million of the railway under the real basic agreement and defaulter of Rs 400 million under the decision of financial committee. The PR spokesman says the Business Train has failed in committed value addition of Rs 225 million and rejected the claim the PBE was earning more than other trains, adding the PR is earning far more revenue than the Business train. – SAMAA