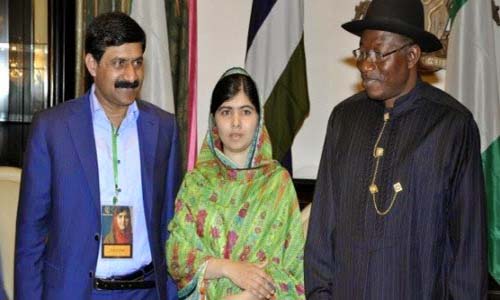 Malala, who survived a Taliban assassination attempt in 2012 and has become a champion for access to schooling, was in Abuja on her 17th birthday to mark three months since Boko Haram abducted 276 girls from a secondary school in Chibok, in the northeast.

At least 219 of the girls taken on April 14 are still missing. Malala Yousafzai on Sunday met with several girls who escaped Boko Haram captivity and parents of some of the hostages before her talks with Jonathan. “I asked the president, is it possible for him to go and see the, -thenews