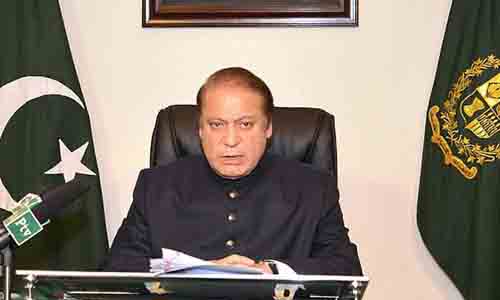 Terming Israel’s atrocities against Palestinians in Gaza as “genocide”, Pakistani Prime Minister Nawaz Sharif on Wednesday urged the international community to play its part in stopping Israel from the “naked and brutal aggression.”

In an official statement issued from the PM House, he said the crimes against innocent civilians – women, children and elderly people – in Gaza were unparalleled in the recent history of the world. The prime minister’s statement comes as the death toll in the eight-day long Israeli offensive against Palestinians in Gaza nears 200.

“I am saddened and disappointed to note the silence of international community against this injustice,” Prime Minister Nawaz Sharif said. “The silence and ineffectiveness of the Muslim Ummah has made Palestinians more vulnerable and made Israel more aggressive.” “The world must stop Israel from this naked and brutal aggression,” he said. -dawn