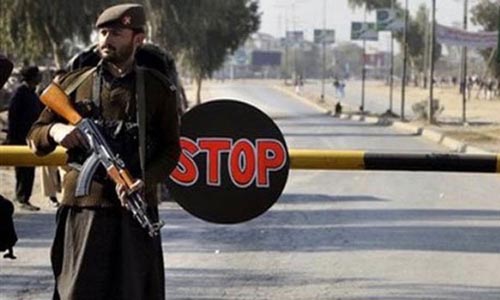 At least five soldiers were killed and six others were injured in the attack, the sources said. A vehicle of the FC forces was also destroyed in the attack. Security forces also claimed to have killed a number of ‘terrorists’, but the exact number of casualties could not be independently verified.  At least one policeman was killed and three others were injured Friday when a remote-controlled bomb struck a police mobile in Peshawar.

According to police, a police mobile was on routine patrol in Peshawar’s Wazir Bagh area when it struck a roadside bomb that went off with a loud explosion. Subsequently, four policemen sustained injuries. The injured police personnel were shifted to Peshawar’s Lady Reading Hospital where the Head Constable succumbed to his wounds. Following the incident, police cordoned off the area and a search operation went under way.  -dawn