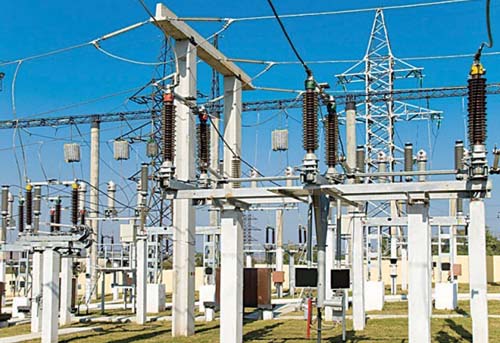 Nandipur plant was operational only for five days

The much-hyped Nandipur Power Plant–inaugurated by Prime Minister Nawaz Sharif on May 31 this year– generated electricity at the record cost of Rs42 per unit and was shut down after only five days of operation. This was revealed by representatives of the National Transmission and Dispatch Company (NTDC) at a public hearing conducted by National Electric Power Regulatory Authority (Nepra).

The hearing approved an eight paisa per unit reduction in average tariff for Water and Power Development Authority (Wapda) distribution companies for a month. The hearing, presided over by Vice Chairman Nepra Habibullah Khilji, was also informed that the Nandipur Power Project had not yet officially or legally achieved its commercial operation date (COD). The first units of the plants to come online was run on diesel fuel for five days after its inauguration, but closed down for being too expensive. In these five days, the plant produced electricity at an average cost of Rs42 per unit. NTDC officials said the decision to bring the plant online was made by the government: NTDC and Pepco had neither requested the operations, nor did they approve the pre-mature generation.

This is symptomatic of many of the energy projects the current government has commissioned recently: they jump the gun and rush into ribbon-cutting ceremonies of development and energy projects for publicity, instead of ensuring that the technical criteria and legal requirements have been fulfilled, a Nepra official told Dawn. The inauguration of the Guddu Thermal Power Station and Uch-II; the ground breaking of a 1320MW coal-fired plant at Port Qasim by a consortium of Qatari and Chinese companies, put together by former Ehtesab Bureau chief Saifur Rehman are other examples, he said. Prime Minister Nawaz Sharif inaugurated the first 95MW plant of the controversial Nandipur Power Project on May 31.

The project had been stalled under the PPP government amid allegations of graft, declared an “unforgivable sin” by the prime minister as the plant and related machinery remained stranded at the Karachi port for more than five years. The project cost more than doubled to Rs57 billion (instead of Rs23 billion) and the nation suffered a loss of Rs165 billion, according to Punjab Chief Minister Shahbaz Sharif, who spearheaded the project’s revival. The project will be able to generate 425MW on furnace oil, which can be upgraded to 525MW if natural gas is used as fuel. However, the plant will take another five months or so to achieve commercial operation status. Meanwhile, Nepra approved an eight paisa per unit decrease in the fuel-based power tariff for all consumers of ex-Wapda companies, except lifeline consumers who use less than 50 units per month. The reduction, granted at the request of the Central Power Purchasing Agency (CPPA) on behalf of all distribution companies, was made on account of automatic monthly fuel adjustment for actual consumption in June 2014.

The reduced rates would be charged to consumers during upcoming billing month. It was reported that Nepra had set a reference fuel cost of Rs7.51 for the month of June, but the actual fuel cost came to Rs7.44, hence requiring a reduction of 8 paisas per unit. The Nepra also sought a report on claims made by various government functionaries about increase in the electricity generation when the National Power Control Centre (NPCC) reported a 13 per cent increase. Member Nepra Haroonur Rashid wondered why load shedding had increased despite an increase in power generation. Responding to a question, he conceded that Nepra had not been able to extend any reasonable relief, but said the people should appreciate that it had not “over-burdened consumers”. -dawn