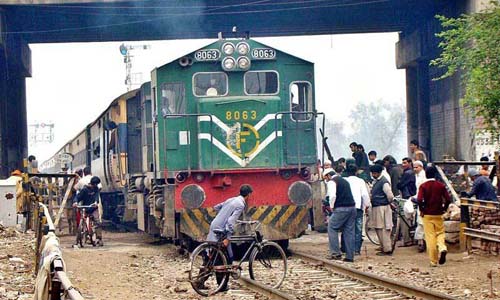 In view of a terror threat, railway police have taken strict security measures for the Rawalpindi and Chaklala railway stations. They have dug up trenches around the stations and constructed bunkers on their rooftop besides deploying snipers there.

The security measures have been taken in the light of an intelligence report that terrorists were planning to attack the stations and hijack a passenger train. A specialized unit of the army carried out a mock exercise after suspending railway traffic for one-and-a-half hours at the Rawalpindi railway station on Thursday. Besides, an army quick response unit has been placed “on a standby” to assist the police in case of a terrorist attack. A senior police officer, who asked not to be named, confirmed the threat report. He said four bunkers had been constructed on the rooftop of the station with military comman does being deployed there.

Three trenches were also dug up at different places of the Rawalpindi railway stationIn addition, the entry of people into the railway station has been restricted and passengers are being subjected to a thorough checking. The entry to the railway station is now being allowed through one point. Meanwhile, the law enforcement agencies rounded up two Lahore-bound suspected terrorists and recovered from their possession two suicide jackets containing six kilo grammes of explosives. The suspects were arrested during a raid on the 104-Down non-stop railcar at Chaklala railway station at 7:30am on Sunday. -dawn

Awami and Tsunami Marches To Go Together

Awami and Tsunami Marches To Go Together