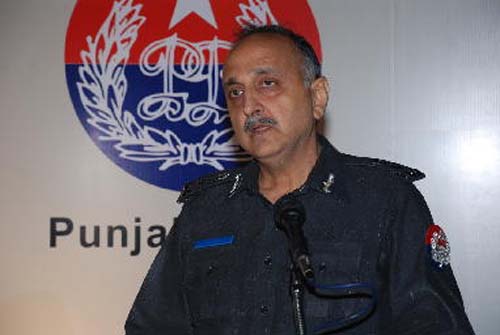 Interior Minister Chaudhry Nisar Ali Khan on Thursday has removed Inspector General of Police (IGP) Islamabad Aftab Cheema from his position. The Interior Ministry confirmed that Cheema has been removed. DIG Headquarters Khalid Khattak has been appointed the acting IGP.

No decision has been taken in relation to the appointment of a new IGP and it’s not yet clear as to why the decision to remove Cheema was made. Pakistan Awami Tehreek (PAT) chief Dr Tahirul Qadri also speculated on why Cheema was removed from his post today. “I’m sure he [Aftab] is a good person who refused to attack the protesters. He demanded a written order for taking action against the supporters…this is his only crime. What else could have caused his removal today?”

On the other hand a government spokesman, while refuting the claim of PAT chief Tahirul Qadri of an imminent crackdown, said the government had no intention of crackdown on the PTI and PAT protestors who were staging a sit-in in the capital. Earlier, Inspector General Police Aftab Cheema met Interior Secretary in the morning and requested the government to allow him to proceed on leave. “The request was accepted and acceded,” the spokesman said. -dawn