Power Consumption: No Relief This Time As Tariff Rises Rs0.43 Per Unit 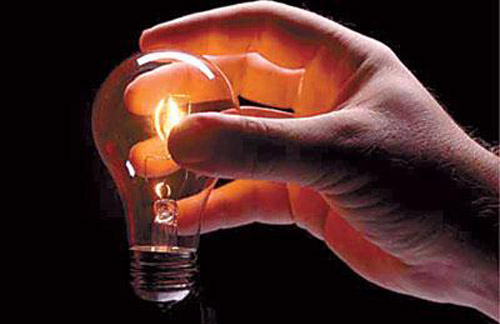 After announcing some relief for electricity consumers for two months in a row, the National Electric Power Regulatory Authority (Nepra) has approved an increase of Rs0.43 per unit in power tariff for July under the monthly fuel price adjustment mechanism. The regulator took the decision on Tuesday during a public hearing on the revision in electricity prices, chaired by Nepra Vice Chairman Habibullah Khilji.

Consumers would be paying an additional Rs3.36 billion following the tariff rise. However, the price revision will not affect lifeline consumers, who use less than 50 units per month, and K-Electric customers, for whom the tariff is determined separately. Earlier, Nepra had reduced the tariff by Rs0.08 per unit for June and Rs0.82 for May to incorporate the actual impact of fluctuating furnace oil prices on the cost of electricity production. Speaking at the public hearing, Nepra member Himayatullah Khan called for making public the revenues of power distribution companies in order to ensure transparency. At the same time, he asked whether the Central Power Purchasing Agency (CPPA) was disclosing the details of power production, electricity purchase and revenue earned.In response, a CPPA representative acknowledged that the information was not being revealed to ordinary people.

Imran Khan described it as a serious issue and stressed that data should be made available to the public for review and ensuring transparency in the affairs of power companies. Through a petition, the CPPA had sought an increase of Rs0.4357per unit in power tariff in the wake of a higher purchase cost of electricity as part of the monthly fuel price adjustment formula. CPPA, on behalf of state-owned power distribution companies, asked Nepra to pass on the impact of the rise in power purchase cost in July to consumers through electricity bills of next month. Average fuel cost was calculated at Rs7.4979 per unit against approved reference cost of Rs7.0622.

In the petition, the CPPA said hydropower resources contributed about 36.61% to the total electricity generation during the month while furnace oil-based plants pitched in with a share of 33.28%. Gas-fired power plants produced about 20.63% of total supplies. In terms of cost, high-speed diesel-based power production cost the highest at Rs20.87 per unit, followed by furnace oil-powered plants, which cost Rs15.9 per unit. Gas-fired electricity cost Rs4.98 while coal-based power generation cost Rs4.49. Hydropower has no fuel cost. In July, 10,353 gigawatt hours (Gwh) of electricity was generated at a cost of Rs76.7 billion, but 117.20 Gwh (or about 1.13%) was wasted due to transmission losses. As a result, 10,232.79 Gwh was delivered to the distribution companies. -tribune