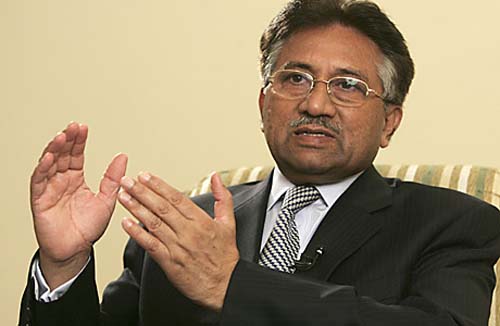 The hearing of high treason case against former President Pervez Musharraf has been adjourned; the special court will announce the date of next hearing on Tuesday. It should be mentioned here that the judges, viewing the volatility of the situation in the federal capital, postponed the hearing without being solicited to do so.

The prosecution and Musharraf’s counsels have been formally informed about the decision, according to the sources. It is pertinent to note here that today’s hearing was fixed by the special court of Islamabad last Tuesday, when the judicial proceedings were not carried out on a plea filed by Musharraf’s counsel Farogh Nasim. In his petition, Nasim appealed to the court to adjourn the hearing for at least two months.

Pleading that all the roads leading to Red Zone area have been barricaded owing to the protest sit-ins by Pakistan Awami Tehreek (PAT) and Pakistan Tehreek-e-Insaf (PTI). But, the court fixed September 2nd as the date of hearing. However, the court, of its own accord, again deferred the hearing, keeping in view the security hazards around Constitution Avenue. –SAMAA