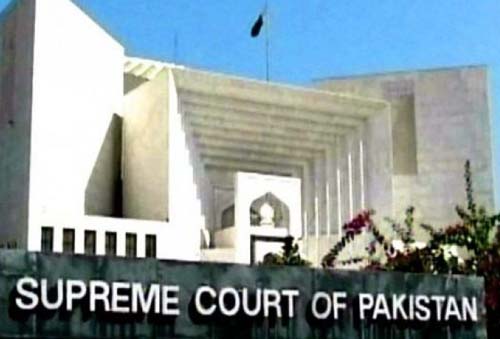 The Pakistan Tehreek-i-Insaf opened on Monday a new legal front against Prime Minister Nawaz Sharif and sought his disqualification for allegedly misleading the National Assembly.

The PTI’s central committee leader Ishaq Khan Khakwani filed a petition in the Supreme Court through his counsel Advocate Irfan Qadir requesting the court to order disqualification of the prime minister for falsely stating in the National Assembly on Friday that he had not asked Chief of the Army Staff Gen Raheel Sharif to act as a mediator and guarantor between the government on one side and PTI Chairman Imran Khan and Pakistan Awami Tehreek chief Dr Tahirul Qadri on the other for ending the political impasse.

The petition said the prime minister later denied in the assembly that the army was dealing with such issues without the government desiring it to do so. By making two different statements, it alleged, Mr Sharif tried to malign and damage the fair image of the army in violation of Article 62 (g) of the Constitution.   The petition said that an army spokesman had confirmed that it was the government which had asked the army chief to play a role in resolving the standoff. This established that Nawaz Sharif had made a false statement concerning the army chief and, therefore, was liable to be proceeded against under Article 62 (f) of the Constitution, it argued. The article deals with the qualification of a member from becoming a parliamentarian if he is not sagacious, righteous, honest and Ameen.

The petitioner contended that Mr Sharif stood disqualified in view of a dictum laid down by the Supreme Court in a case relating to disqualification of former prime minister Yousuf Raza Gilani wherein it had directed the Election Commission to de-notify him as member of the National Assembly. Besides Mr Sharif, the petitioner made the ECP as a respondent and said that since the matter was of great public importance, it required determination by a validly constituted SC bench. Meanwhile, Chief Justice Nasir-ul-Mulk has issued a court roster for the current week fixing cases before different benches comprising the existing 16 judges of the Supreme Court in Islamabad. -dawn