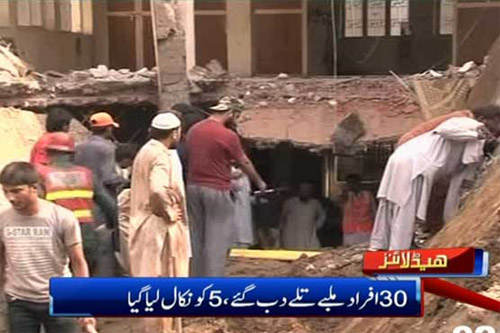 At least thirty people are believed to be trapped after roof of a mosque collapsed at GT Road Lahore, The incident occurred near Daroghawala area of Lahore.

Rescue 1122 officials with the help of locals are trying to remove debris. Six injured people have been rescued and shifted to nearby hospital.

Dozens of people have died because of roof collapsing incidents in the largest province in Punjab as a result of continuous heavy rains last week.