11 Amazing Places You Need To Visit Once In Your Life 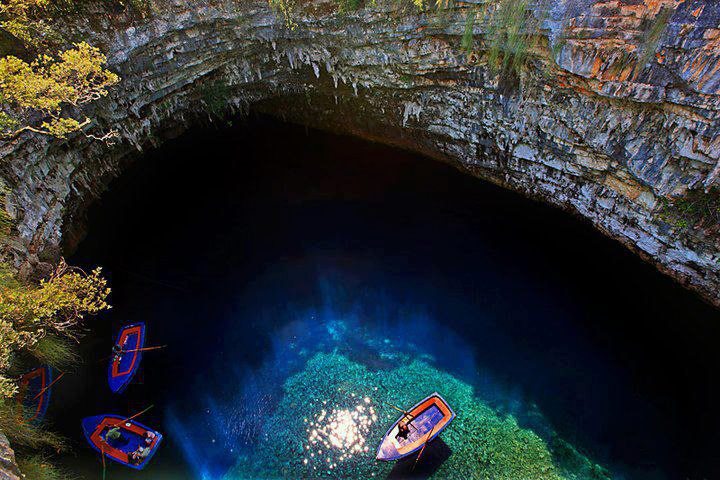 Everyone likes to travel, but it becomes really hard to choose a destination for your next visit. Despite the saying “It is a small world,” there is an enormous amount of opportunities to see something really exciting, and this is why choosing one destination may be a bit challenging.

This makes compiling a list of 11 Amazing Places You Need To Visit Once In Your Life even tougher, but we’re up for the task. A fantastic floral display of grape hyacinth and tulips going down almost like a river through Keukenhof park in Holland. The Melissani Cave which is also called the cave of the Nymps is a favorite adventurous  spot for global tourists. The cave has a lake in between which is absolutely invisible from the outside. The current cave formation is in the shape of the English alphabet ‘B’ with two large water filled sections and a small island in between. Dunnottar Castle is a ruined medieval fortress located upon a rocky headland on the north-east coast of Scotland, about 3 kilometres (1.9 mi) south of Stonehaven. The surviving buildings are largely of the 15th and 16th centuries, but the site is believed to have been fortified in the Early Middle Ages. Dunnottar has played a prominent role in the history of Scotland through to the 18th-century Jacobite risings because of its strategic location and the strength of its situation. Rocamadour is a commune in the Lot department in south-western France. It lies in the former province of Quercy. Rocamadour has attracted visitors for its setting in a gorge above a tributary of the River Dordogne, and especially for its historical monuments and its sanctuary of the Blessed Virgin Mary, which for centuries has attracted pilgrims from every country, among them kings, bishops, and nobles. Foss a Sidu is a waterfall to the east of Kirkjubaejarklaustur in southern Iceland. It is located near the Ring Road, and tumbles down cliffs near an isolated farm. This waterfall does have one unique aspect, however, in that it is known to regularly flow uphill during strong winds from the sea. The waterfall is only a single, narrow stream and quite light compared to some of the raging torrents elsewhere in Iceland. Located about 100 miles north of Reno, Nevada, is the tiny town of Gerlach. Twenty miles north of that is Fly Ranch, home to one of the most unique geysers in the world. The most striking aspect of the Fly Geyser is its vibrant colors, which are caused by thermophilic algae. The erupting water leaves behind calcium carbonate deposits that have accumulated over the years and have formed the large geyser mound and multiple terraces. Thermophilic algae thrive in these conditions, creating the brilliant red and green hues that give the geyser its unforgettable look. The world is full of unusual places, sites that are both intriguing and mysterious. House on the Drina River in Serbia has captured both qualities, attracting curious travelers from across the globe, who want to see a house that seems to be floating on water. The Drina River runs the border between Bosnia Herzegovina and Serbia.  The Drina is the main kayaking and rafting attraction of the Balkans.  When you go on a river trip, you expect to see beautiful pastoral countryside. What you don’t expect to see is an oddly placed house in the middle of the river! Strokkur (Icelandic for “churn”) is a fountain geyser in the geothermal area beside the Hvítá River in Iceland in the southwest part of the country, east of Reykjavík. It is one of Iceland’s most famous geysers, erupting about every 4–8 minutes 15 – 20 m high, sometimes up to 40 m high. Strokkur and its surrounding areas regularly attracts tourists to view the geyser, as it is one of very few natural geysers to erupt frequently and reliably. Potato Chip Rock is located in Lake Poway Park near San Diego. It’s a famous local attraction. There is always a line to take a picture on the rock. Clear and beautifully blue-green, the waters of the Tat Kuang Si Waterfall in Luang Prabang, Laos are enticing, especially in the Laotian heat. You can either swim at the base or climb to the top and lounge in a swimming hole between tiers of the falls. The Tat Kuant Si Waterfall is located in a national park along the Mekong River.

Jacob’s Well is one of the most significant natural geologic treasures in the Texas Hill Country. It is one of the longest underwater caves in Texas and an artesian spring. Jacob’s Well surges up thousands of gallons of water per minute and acts as headwaters to the beautiful Cypress Creek that flows through Wimberley, sustaining Blue Hole and the Blanco River, recharging the Edwards Aquifer, and finally replenishing estuaries in the Gulf of Mexico. Jacob’s Well has been integral to the cultural and historical character of the Wimberley Valley. The location has been a beloved swimming hole for generations, a gathering place for Native Americans and early settlers, and a rich habitat for aquatic species. Through the creation of the Jacob’s Well Natural Area, the land around the well has been unified to restore and protect this sensitive area for future generations. -earthtraveling