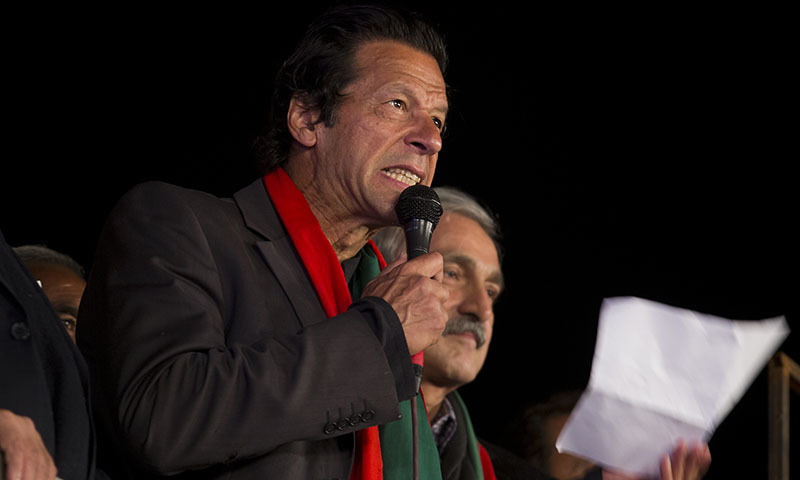 Warning a hard-hitting blow-for-blow response if riot cops tried to raise batons on the protestors, Pakistan Tehreek-e-Insaf (PTI) chief, Imran Khan, Thursday said his party was all set to flex its street-power-muscles in Faisalabad on December 8. “We will not blackjack anyone into shutting their businesses down as PTI doesn’t believe in mongering anarchy. Must I say that all those, who believe ‘all is well’, should keep their shutters up”, said Khan addressing his party workers at the Islamabad sit-in camp. Calling Prime Minister Nawaz Sharif on carpet for his allegedly being involved in financial misappropriations, Khan accused the sitting premier of building his business empire by abusing his authority during various stints in power.

“When Sharif was a finance minister, he set up sugar and steel mills and after becoming a prime minister the number of his industries reached 17. Also, after defaulting on it he had a loan written off following the failure of a factory”, Khan revealed vowing to bring to fore the details of properties owned by Sharif’s in Britain. He reiterated that PTI’s Plan C would persist until a judicial commission started investigating the alleged vote fraud in last year’s general elections. -samaa