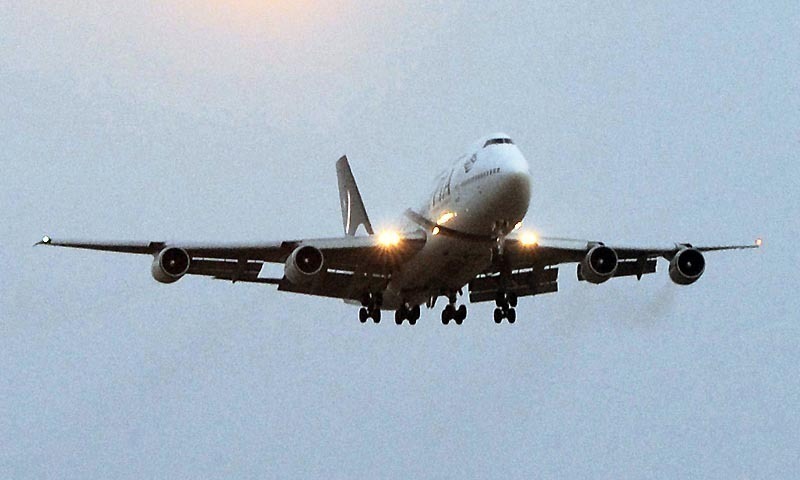 The Economic Coordination Committee (ECC) of the Cabinet on Saturday approved first tranche of $16.46 million to Pakistan International Airlines (PIA) for the induction of 15 aircraft in its fleet on dry lease. On a proposal moved by the Aviation Division, the ECC.[contentblock id=1 img=adsense.png] Which met here with Federal Minister for Finance Senator Ishaq Dar in the chair, approved in principle release of the first tranche for December out of total $52 million requested by the PIA. This amount would be injected as equity by the government, said the ministry of finance in a press release. The ECC constituted a committee comprising Secretary Finance, Chairman Securities and Exchange Commission of Pakistan and Secretary Petroleum and Natural Resources to analyse financial statements and projections before the second tranche was released. The meeting decided that the PIA would revert to ECC after December 20 when the amount granted had been fully exhausted for the fresh installments, which would be paid on monthly basis as per requirement.

The meeting directed the PIA authorities to inform the forum at least two weeks before the actual payments were due so that the timely release of funds was made possible. The committee also approved the establishment of Inland Container Terminal in Sialkot under the Customs Act 1969 as addition of one more inland container terminal in the city would not only provide facilitation to exporters but would also improve services because of healthy competition.

The ECC also approved the allocation of gas from existing and new gas fields as requested by the Ministry of Petroleum and Natural Resources. According to the approved plan, 30 MMCDF additional Adhi gas was to be allocated to SNGPL enabling it to meet its existing contractual obligations.

One MMCFD Gopang gas and 02 MMCFD Nim-01 gas respectively was allocated to SSGCL. The consistent decline in the level of gas production from the existing fields has triggered a huge gap between demand and supply of gas on natural gas distribution system.

The meeting was also informed that Ministry of Petroleum and Natural Resources has been vigorously pursuing LNG import and transnational gas pipeline projects, which would help sustain supplies to the system. Finance Minister Dar on this occasion reiterated that proposals submitted to the ECC must properly reflect the financial implications of the projects and encompass all related aspects. -dawn