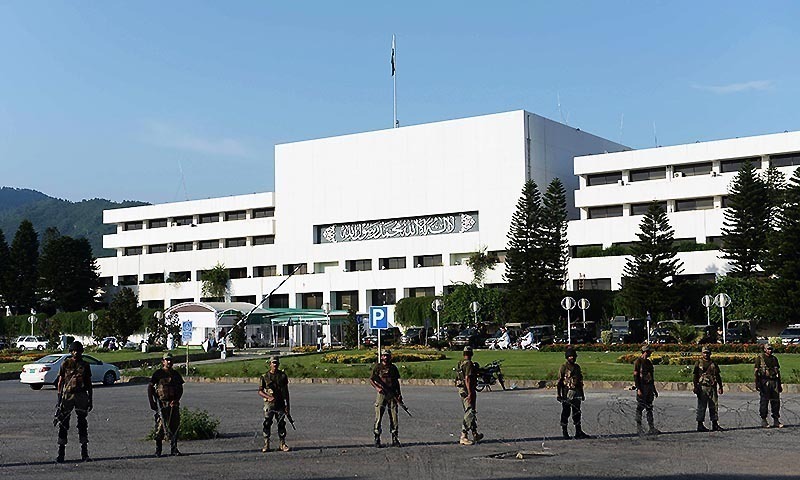 Represen­tatives of the country’s major political parties failed to reach a consensus on the establishment of military courts to try terrorists, but agreed on the need for a speedy justice system to deal with terrorism cases. The Anti-Terrorism Action Plan Committee, headed by Interior Minister Chaudhry Nisar Ali Khan, held two lengthy sessions spread over more than seven hours on Tuesday and finalised a draft that proposes, among other things, a broader approach to internal security by calling for addressing hate crimes and extremism; ensuring the de- weaponisation of society and registration of madressahs; as well as committing to the disruption of militant groups and their communication networks.

A 17-point draft of the committee’s proposals — a copy of which is available with Dawn — will be placed for approval before a multi-party conference convened by Prime Minister Nawaz Sharif on Wednesday. Briefing reporters after the meeting, PPP representative Qamar Zaman Kaira said there was nothing conclusive to report at the moment and all measures would be taken with the approval of each party’s leadership. However, he did say that there was a consensus among all parties on most points and only minor disagreements.

He also denied a perception that a proposal to establish military courts had been included in the document, with dissenting notes attached by some parties. He said there was a consensus that the prevailing security situation demanded that everyone come together and support the steps taken by the government, the army and law enforcement agencies. He said that all parties endorsed the idea of establishing speedy trial courts to dispense justice swiftly in terrorism cases. Wherever legislation was required, he said, it would be finalised with consensus. He said the set of recommendations proposed by the working group was discussed in candid detail, but cautioned the media in reporting on the proceedings, saying that running tickers based on assumptions may hamper the efforts to fight terrorism.

Awami National Party leader Afrasiab Khattak also clarified his party’s position, saying they had not supported the idea of military courts. Ijazul Haq and PTI’s Shireen Mazari were also present on the occasion. In the first round of discussions, held earlier in the day, representatives from the PTI, PPP, MQM and JUI-F had refused to endorse the idea of establishing military courts without consulting their parties’ top leadership. At one stage, Ms Mazari proposed that the names of judges appointed to try terrorists should remain secret, as should the venue of the trials.

Former PPP interior minister Rehman Malik said that such an experiment had been attempted during his party’s time in power, but failed. He said that even if the judge was not visible at the time of the trial and conviction, it was not difficult for criminals to find out the names and details of the judicial officers concerned. Interior Minister Chaudhry Nisar Ali Khan told participants that he would, if necessary, seek a one-day extension in the one-week deadline set by the PM for the preparation of a counter-terrorism action plan. -dawn