Are Smartphones Changing The Shape of Our BRAINS? 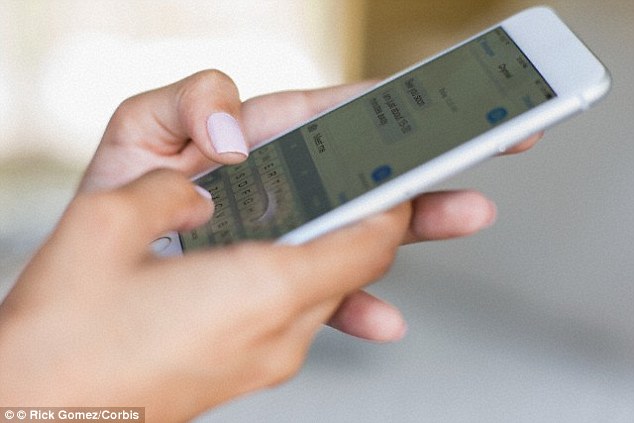 Smartphones have become so integral to modern life, they may have altered the shape and function of the human brain, according to new research. Experts have discovered that people who use touchscreen phones on a daily basis have a larger and more powerful somatosensory cortex – the area at the centre of the brain which controls the thumbs. They think that the more time someone spends fiddling with their smartphone, the bigger the link between brain and hand. Neuroscientist Dr Arko Ghosh, who led a study into the impact of mobile phone use, said our ‘newfound obsession’ with smartphones demonstrated the ability of the brain to mould to its circumstances. But while the brain has long been known to be able to adapt to new demands – such changes can sometimes result in chronic pain and movement disorders.

Dr Ghosh of the University of Zurich in Switzerland, said: ‘I think we must appreciate how common personal digital devices are and how densely people use them. ‘The digital technology we use on a daily basis shapes the sensory processing in our brains.’ Smartphones force people to use their hands in ways they have never had to in the history of human evolution. Not only are we suddenly using our fingertips and thumbs in a new way, but we do so hour after hour, day after day.

The Swiss team tracked 37 volunteers over ten days – 27 of them using touchscreen phones and 11 using traditional mobile telephones with fixed buttons. Monitoring their brain waves, they found that people using the modern touchscreen phones had altered the form and function of their somatosensory cortex. Writing in the journal Current Biology, the scientists said those who used smartphones had changed the way their thumbs and brains worked together, with a larger effect seen with those who had used their phones more. While using fixed buttons require simple hand movements, using a touchscreen requires a far more complex set of motions. The part of the brain controlling the sense of touch in the thumbs and fingertips saw much more activity – increasing the connection between them and speeding up reaction time and sensitivity. More touchscreen use translated directly into greater brain activity when the thumbs were touched, they found. We found that the common use of touchscreen phones was associated with cortical reorganization,’ they wrote. ‘The cortical activity evoked by touch to the thumb tip was directly proportional to the amount of thumb use over the past ten days.’ Dr Ghosh said: ‘I was really surprised by the scale of the changes introduced by the use of smartphones.’ He compared the brain alteration to those seen in keen musicians.

In violinists, for instance, the area of the brain linked to the fingers that guide the instrument is larger than in other people. But while there may be benefits – for example increased sensitivity and faster links between brain and fingers – the scientists are concerned that intense phone use may also be bad for human health. Altering the shape of the somatosensory cortex can lead to pain, spasms and movement disorders such as dystonia, they warned. The scientists said that the brain alterations are likely to be ‘maladaptive’. ‘Plasticity of the somatosensory cortex is associated with the development of chronic pain,’ they wrote in the journal article. Worryingly, there is some evidence linking excessive phone use with motor dysfunctions and pain. ‘More research is still needed to unravel the consequences of the altered sensory processing linked to the use of touchscreen devices.’ -dailymail

Wonderful Christmas Decorations From All Around The World

Wonderful Christmas Decorations From All Around The World