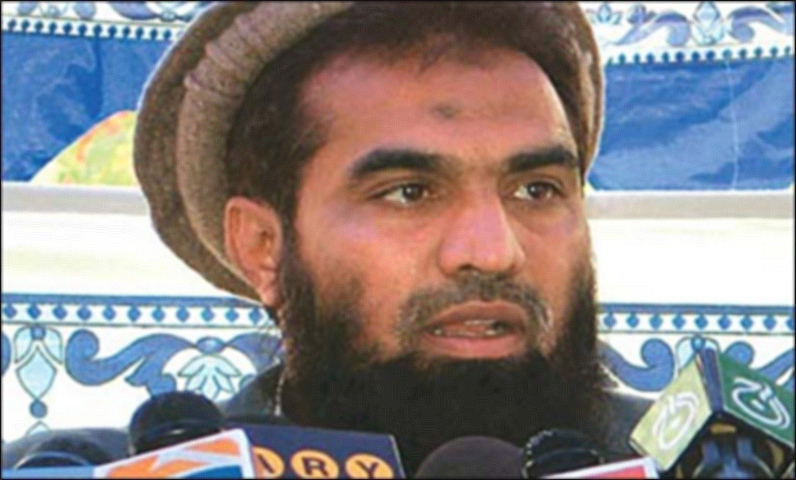 The Islamabad High Court (IHC) on Monday ordered the conditional release of Zakiur Rehman Lakhvi — the alleged mastermind of Mumbai attacks — on the condition that the accused submits a security bond worth Rs1 million. The court has issued a two-page judgement on Lakhvi’s release. Earlier today, Justice Noorul Haq Qureshi had presided over the hearing of a petition filed by Lakhvi, seeking an end to his detention. Lakhvi was granted post-arrest bail by an anti-terrorism court (ATC) in Islamabad on Dec 18. However, the federal government had extended his detention in the Adiala Jail under the Maintenance of Public Order ordinance. During today’s hearing, Lakhvi’s counsel Rizwan Abbasi had said that the court had previously accepted his client’s bail, but it was the administration that had detained him which was unlawful. He said that granting of bail was an issue of fundamental rights.

After hearing the counsel’s arguments, the court had suspended Lakhvi’s detention. Lakhvi is among the seven persons charged with planning and helping carry out the 2008 Mumbai attacks. The six other men facing trial in Adiala Jail for their alleged involvement in Mumbai attacks are Hammad Amin Sadiq, Shahid Jamil Riaz, Younas Anjum, Jamil Ahmed, Mazhar Iqbal and Abdul Majid. At the time of the attacks, Lakhvi was believed to be the operational head of the banned Laskhar-i-Taiba (LT) that has been accused by India of carrying out the attacks in India’s financial capital. Lakhvi along with Zarar Shah was allegedly the key planner of the attack that killed 166 people. The Indian Ministry of External Affairs summoned Pakistan’s High Commissioner to India Mr Abdul Basit in New Delhi, and conveyed its concerns over Zakiur Rehman Lakhvi’s conditional release.

Diplomatic sources confirmed that Mr Basit was summoned and that he told the ministry that Lakhvi’s release was a judicial matter. The Indian government also expressed concern over the slow pace of progress being made in the Mumbai attacks trial. Basit assured the Indian Foreign Ministry that the trial of those accused of carrying out the Mumbai attacks is purely a judicial matter and that it is in progress.