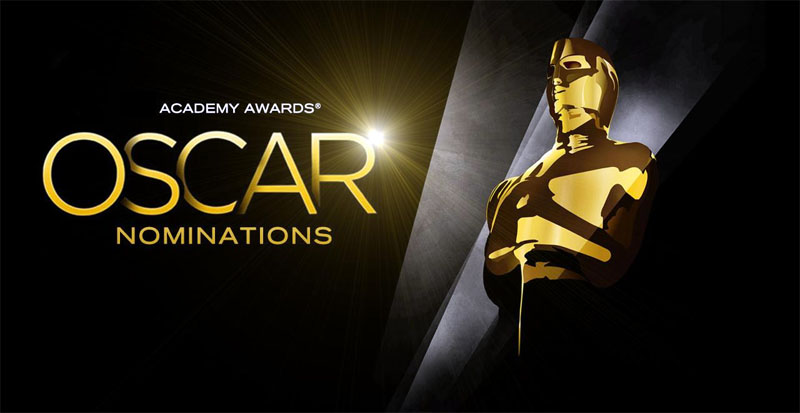 The cast and director Richard Linklater of “Boyhood” pose with the award for Best Motion Picture, Drama, in the press room at the 72nd annual Golden Globe Awards, January 11, 2015 at the Beverly Hilton Hotel in Beverly Hills, California Hollywood is counting down the hours before the unveiling early Thursday of nominees for this year’s Oscars, the climax of Tinseltown’s awards season. Coming-of-age drama “Boyhood” and dark comedy “Birdman” are expected to be among the frontrunners for coveted Best Picture honors. “The Imitation Game,” “Selma,” “The Theory of Everything” and “The Grand Budapest Hotel” should also be in the hunt for Oscars gold. The nominated films, actors and filmmakers will be revealed at a pre-dawn ceremony in Beverly Hills, firing the starting gun on the home stretch of the annual awards race. On the best actor front, likely nominees include Michael Keaton (“Birdman”) and two British hopefuls — Benedict Cumberbatch (“The Imitation Game”) and Golden Globe winner Eddie Redmayne (“The Theory of Everything”). For best actress, Globe winner Julianne Moore (“Still Alice”), Reese Witherspoon (“Wild”) and Britain’s Rosamund Pike (“Gone Girl”) are among expected contenders, according to awards website Gold Derby. The Oscar nominees — chosen by the 6,000-plus members of the Academy of Motion Picture Arts and Sciences — will be revealed shortly after 5:30 am (1330 GMT) Thursday.

The 87th Oscars will be held on February 22 at the Dolby Theatre in downtown Hollywood. Voting starts on February 6 and closes on February 17. This year’s crop of hotly-tipped movies is heavy on true stories: four of the five films nominated for the best drama award at last weekend’s Golden Globes — many of which could figure on the Oscars best picture shortlist — were based on real-life events. Among the historical figures given big-screen treatment are astrophysicist Stephen Hawking (“The Theory of Everything”), British mathematician Alan Turing (“The Imitation Game”) and Martin Luther King Jr. (“Selma”). For best director, Richard Linklater — who made “Boyhood” with the same set of actors over 12 years — is a clear frontrunner along with Alejandro Gonzalez Inarritu (“Birdman”) and Wes Anderson (“The Grand Budapest Hotel”). Best supporting actor tips include Globes winner J.K. Simmons for jazz drumming pic “Whiplash,” Ethan Hawke for “Boyhood” and Edward Norton for “Birdman,” while among best supporting actress likely nominees are Patricia Arquette (“Boyhood”) and Emma Stone (“Birdman”).

Meryl Streep, who has won three Oscars and received a record 18 nominations, could also extend that lead with a nod for her turn as the witch in the fairytale musical “Into the Woods.” The eagerly-awaited Oscars announcement comes just four days after “Boyhood” emerged triumphant from the Golden Globes, winning best film and best director honors, along with a prize for Arquette. “Birdman” — about a washed-up film actor (Keaton) trying to revive his career on stage — and “The Theory of Everything,” about Hawking’s descent into disability, each took home two awards.

The Globes — for which “Birdman” had led nominations with seven nods — produced a few surprises, which injected some drama into the race to the Oscars. “My first caution to Globes winners: don’t get over-confident,” said Variety awards editor Tim Gray, warning that the Globes are often a poor predictor of Oscars glory. Possibly the biggest surprise of the Globes ceremony came when Anderson’s stylish crime caper “The Grand Budapest Hotel” took home the prize for best comedy/musical film over “Birdman.” “The ‘Grand Budapest’ triumph throws something of a curveball into the Oscar race,” wrote the Los Angeles Times. -businessinsider