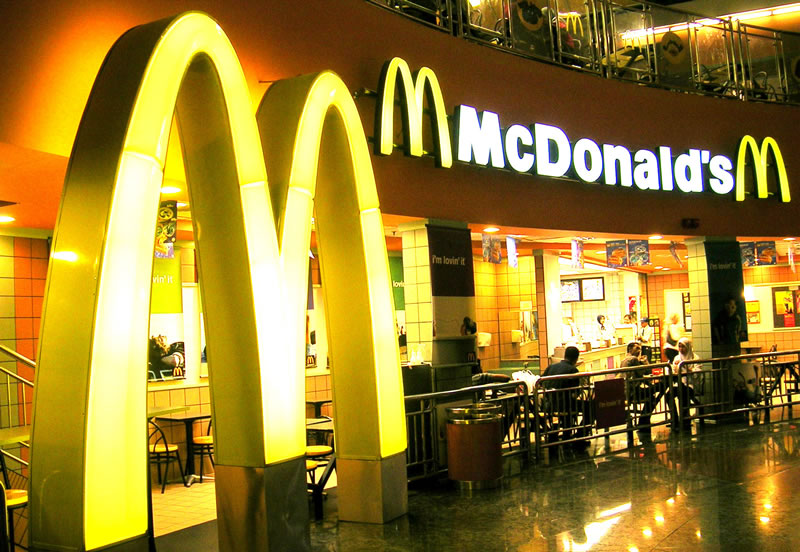 The firm behind the world-famous Big Mac had been under pressure from investors to take swift action after seeing the business weaken in the past year under Thompson, one of the United States  top African-American executives and with 25 years at McDonald s. The board of directors said it had chosen senior executive vice president Steve Easterbrook to replace Thompson, voicing confidence he “can effectively lead the company to improved financial and operational performance.” The decision came five days after McDonald s reported a 2.4 percent decline in revenues last year and a hefty 19-percent drop in earnings per share, with falls in store traffic in all regions. With 36,000 outlets in over 100 countries, the burger chain has been challenged by changing consumer tastes, agile new fast-food chains and a slump in sales in China and Japan after supplier issues sparked a scare over food safety. Despite its growing woes, McDonald s remains the world s largest burger chain, with $27.4 billion in revenues last year, and net income of $4.6 billion, down 15 percent from 2013. But after aggressively investing and expanding in numerous markets to fight back against rivals, McDonald s said last weekthat it would reduce capital investment and cut back on store openings this year “to regain business momentum” and improve profitability.

The board said in a statement that Thompson, who was in only his third year as chief executive, was retiring effective March 1. “It s tough to say goodbye to the McFamily, but there is a time and season for everything. I am truly confident as I pass the reins over to Steve that he will continue to move our business and brand forward,” Thompson said. Andrew McKenna, McDonald s board chairman, called Easterbrook, also the company s chief brand officer, “a strong and experienced executive who successfully led our UK and European business units.” “McDonald s is an outstanding company with talented employees and these management changes are aimed at speeding the company s movement to its next phase of innovation and growth,” he said. In its annual results last week, the company admitted that it faces continuing headwinds this year. “Over the next 12 months, our charge is to ensure that we are adapting to the changing marketplace and maximizing the potential of our global growth priorities to serve our customers  favorite food and drink, create memorable experiences, offer unparalleled convenience and become an even more trusted brand,” McKenna said.

[contentblock id=3 img=adsense.png]
The company is reducing the choices on its menu, cutting back to 11 burger-fries-drink combinations from 16, and reducing other offerings. Besides other chains — from the aggressive Subway to the more upmarket Chipotle — McDonald’s is also facing challenges on the social front. Activists are pressing it and other fast-food chains to increase wages for workers, many of whom fall under the poverty line. Sriram Madhusoodanan of Corporate Accountability International called Thompson s departure “yet another indication that this beleaguered brand is failing to adjust to the changing public climate. “Until it addresses the marketing, health, labor, supply chain and other concerns raised by investors and patrons alike, no amount of marketing or staff shakeups will right the course.”