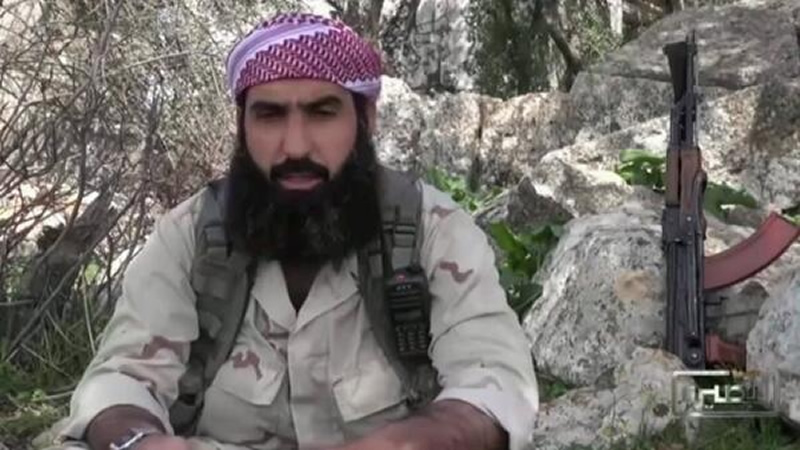 An air strike by Syrian government forces has killed a senior commander of al-Nusra Front, the Syrian branch of al-Qaeda, the group and state media have said. Al-Shami, a veteran al-Qaeda leader from Damascus, held the title of general military commander for al-Nusra Front. Last week, members of the armed group had said he had been killed in a US drone strike.  But on Thursday, it said Shami had been killed earlier that day when he was in a meeting with other senior al-Nusra commanders. Thursday’s air strike came a day after the group claimed responsibility for a deadly attack on the intelligence headquarters of Syria’s air force in Aleppo. Colonel Steve Warren, a Pentagon spokesman, said: “We cannot confirm press reports of the deaths of senior al-Nusra leaders near the province of Idlib.”

However, he added: “Neither the US or the coalition have conducted air strikes near that location in recent days.” Al-Nusra first surfaced on the internet in early 2012 to claim responsibility for suicide bombings in Aleppo and Damascus. The well-armed group, with highly trained fighters, has since staged numerous attacks on security forces – as well as on other armed groups in the country. Now, its leaders are reportedly considering cutting their links with al-Qaeda to form a purely Syrian entity. A rebranding could free up more funding, as al-Nusra is sanctioned by the UN Security Council and listed as a terrorist group by the US.

Another Legal Turmoil for Shakeel Afridi

Another Legal Turmoil for Shakeel Afridi