Europe Stands up to Saudi Arabia 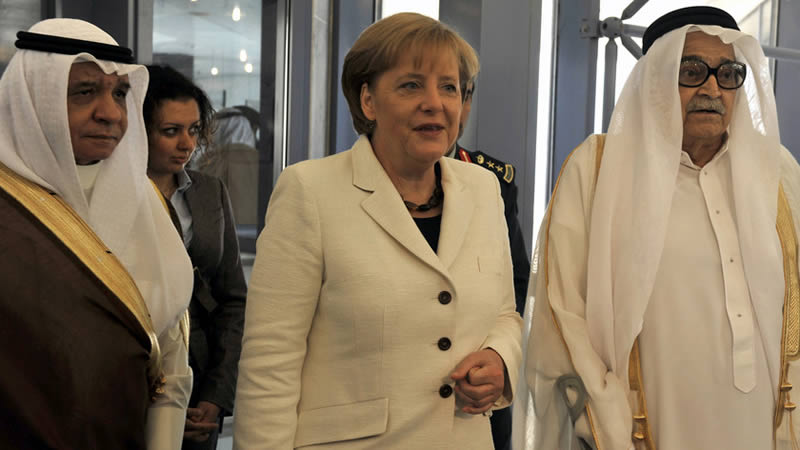 AMERICANS often criticise Europe for its weakness and lack of principle on foreign policy, from its alleged softness on terrorism and Russian aggression, to its over-reliance on multilateral diplomacy.

There are, however, some high-profile cases in which European governments stand up for their values even to their countries’ economic detriment. They’ve recently done just that in the matter of arms sales to Saudi Arabia. Sweden announced this week that it’s cancelling its 10-year-old military cooperation agreement with the Gulf monarchy, which brought Swedish companies more than half a billion dollars from 2011 to 2014. Germany, too, cut off arms exports to the Saudis this year, passing up hundreds of millions of dollars a year in revenues for its defence industry. Saudi Arabia is the world’s biggest arms importer. This year, research company IHS predicts, it will account for every seventh dollar spent globally on defence imports, increasing its purchases by 52 per cent to $9.8 billion. If European firms give up their slice of this huge and growing market, it may be impossible to ever get it back, because the US is hungry for more Saudi orders. In 2014, according to IHS, the US filled $8.4 billion worth of orders from Saudi Arabia and the United Arab Emirates, compared with $6 billion in 2013.

No wonder the lobbying in Europe in favour of the arms deals is fierce — but the German and Swedish governments have proved resistant to it so far. Germany supplied 209 million euros ($225 million) worth of military hardware to the Saudis last year, a quarter of the country’s total defence exports to the Middle East. Volker Kauder, head of the parliamentary faction of Chancellor Angela Merkel’s CDU party, has argued that organisations like the self-styled Islamic State — which Saudi Arabia fights as part of a US-led coalition — “cannot be swayed by moral appeals”, so military cooperation should go hand in hand with political partnership. Vice Chancellor Sigmar Gabriel has recently flown to Riyadh to calm the troubled relationship with the Saudis, earning the nickname “Sigmar of Arabia” from the German press, and some parliament deputies who went with him openly voiced their disapproval of the arms sales suspension.

Yet Merkel and Gabriel have stood by their January decision not to sell Leopard tanks to the Saudis, not least because it’s politically unpopular. The recent case of blogger Raif Badawi, sentenced to 1,000 lashes for “insulting Islam”, has made waves in Germany: according to a January poll for the Bild am Sonntag newspaper, 60 per cent of Germans are against any further business relations with Saudi Arabia because of such abuses, and 78 per cent oppose arms sales. In Sweden, 31 business leaders, including the heads of Volvo, Electrolux, H&M, Ericsson and other top companies, argued in an open letter published by the daily Dagens Nyheter last week that cancelling the Saudi deal would undermine Sweden’s reputation as a reliable trading partner and damage the country’s ability to use trade as a foreign policy tool.”The basic Swedish position has been and should remain that trade is an important tool for promoting human rights and democracy,” they wrote, pointing out that the kingdom was Sweden’s biggest trading partner in the Middle East. “Careless handling of contractual agreements may risk jeopardising this tradition.”