Health Secrets about the Pakistani Diet 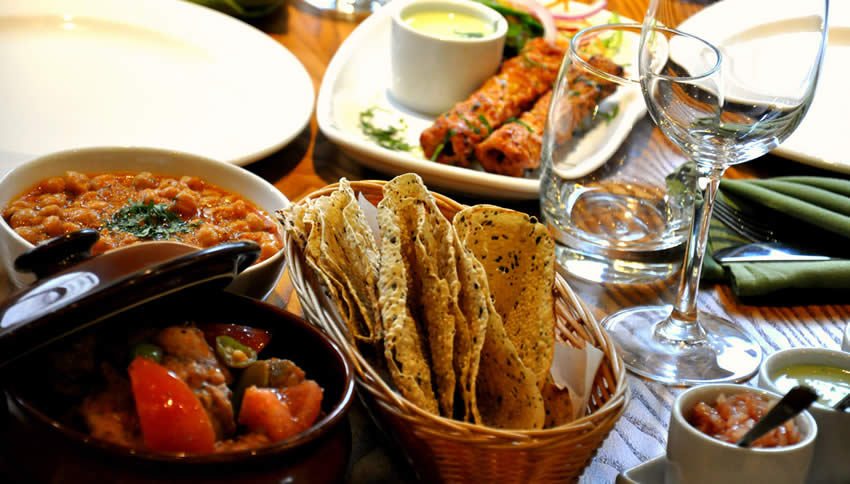 An archetypal Pakistani diet is known to comprise meat curries, sabzi and rice, filled with a burst of spices and colours. While most of us delve into western diet ideas, we don’t realise that our own ethnic cuisine is, in fact, one of the healthiest. Here are a few Pakistani food staples packed with a health punch.

Almost every dish prepped in a Pakistani household calls for the use of an assortment of spices. Turmeric, coriander and ginger are standard spices that not only add aroma to the dishes but also help treat ailments, such as stomach ache, flu, bloating, gas, heartburn and diarrhoea. Cardamom is another spice used generously in our cuisine, which helps treat multiple intestinal problems.

Roti or chappati is a Pakistani staple. Traditionally, flour used for rotis was made out of wheat. But now, we get multigrain flour in the market, which has an equal proportion of wheat, jowar, bajra and barley. Each of these ingredients is chock-full of fibre, which makes roti good for normalising bowel movements. Being rich in healthy carbs, it gives you a lot of energy. Both chappati and parathas are made of flour, with the exception that chapattis are roasted over and parathas with oil, ghee or butter. Avoid parathas and adopt roti in your diet if weight-loss is your goal.

We have a very special liking for the grain, especially the white variety. Contrary to popular belief, consuming steamed white rice helps boost the intake of zinc, an essential mineral, according to the US Department of Agriculture. Proteins that control gene activity, support tissue structure and boost metabolism rely on zinc to function. You’ll also consume a significant amount of manganese by including white rice in your diet. Like zinc, manganese activates a number of proteins needed for cell function. It allows the body to derive energy from nutrients, boosts collagen-production to support wound-healing and acts as an antioxidant to prevent cell-damage.

Chickpeas, often used in our sabzi, daal and salads, are a great source of fibre, zinc, folate and protein, which make them a healthy factor in a Pakistani diet. Spinach and tomatoes, which are widely used in Pakistani foods, are also known super-foods, containing high levels of antioxidants, vitamins and minerals. Similarly, many of our traditional sauces and condiments are vegetable based, such as saag aloo and aloo gobi, making them a healthy choice as the majority of them do not use cream or cheese.

Laal mirch, a necessity in Pakistani food, has remarkable health benefits. Regular consumption of spicy foods speeds up metabolism and helps you burn more fat, according to a recent study published in the journal Current Opinion in Clinical Nutrition & Metabolic Care. A hundred grams of red chillies has hardly 40 calories and contain the chemical compound capsaicin, which has anti-bacterial, anti-carcinogenic, analgesic and anti-diabetic properties. They are also rich in Vitamins A, B and C and many phytonutrients. Who knew chatpatta Pakistani khaana could be such a healthy option for weight-watchers too?

Dahi or yogurt is jam-packed with ‘good bacteria’ or probiotics. Yogurt is good for the digestive system, as the natural bacteria present in it improves digestion. The famous Pakistani mint raaita, made from natural yogurt, cucumber and mint, is a source of calcium and a low-fat alternative to sauces, such as mayonnaise. It also provides healthy carbohydrates and proteins that promote the enhancement of the body’s immune system. According to the American Journal of Clinical Nutrition, consumption of yogurt displayed promising health benefits for certain gastrointestinal conditions, including lactose intolerance, constipation, diarrheal diseases, colon cancer, inflammatory bowel disease, Helicobacter pylori infection, and allergies. – tribune