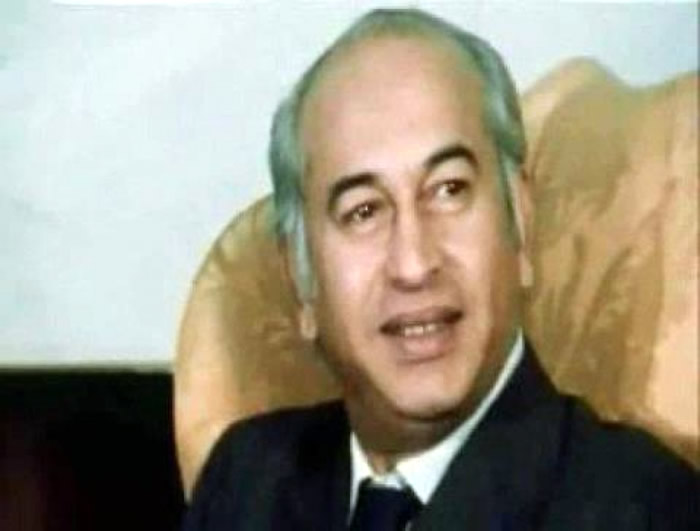 The 36th death anniversary of Pakistan People’s Party (PPP) founder Shaheed Zulfikar Ali Bhutto will be observed on April 4. Quran Khawani will be held at Jinnah Park (old Jail) and Dua will be offered for the departed soul. Talking to APP, Member Central Executive Committee (CEC) Qazi Sultan Mehmood said that all arrangements have been finalized to observe the anniversary of the Party’s founder with a pledge to continue his mission and strengthen democracy in the country. Paying tributes to Zulfikar Ali Bhutto on the eve of his 36th death anniversary, he urged party workers to promote his philosophy and utilize their resources for promoting democratic culture in the country.

He said that Bhutto wanted to strengthen democracy in the country and accepted gallows in the struggle for the rights of the down trodden, adding that Bhutto declined to bow before a military dictator. Various programs including seminars and workers convention will be organized in different parts of the country to pay tribute to the PPP founder.