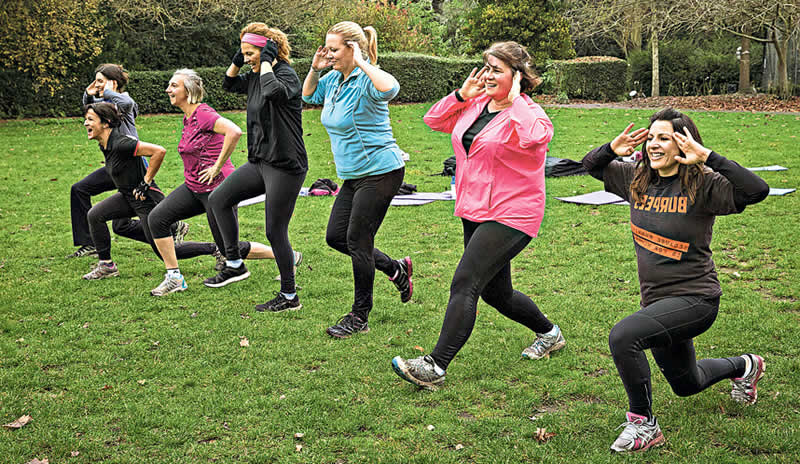 Staying active, even only slightly, confers major longevity benefits, researchers say. During many years of follow-up, people who did less than the minimum recommended amount of physical activity still had a considerable decrease in risk of death compared to people who did no activity at all, in a new analysis of six studies. “Our findings support the 2008 Physical Activity Guidelines for Americans, which recommend a minimum of 150 minutes of moderate-intensity or 75 minutes of vigorous-intensity activity per week for “substantial” health benefit, and suggest “additional” benefit with more than double the exercise minimum,” said lead author Hannah Arem of the National Cancer Institute in Bethesda, Maryland. Researchers pooled data on more than 660,000 men and women in the U.S. and Europe from previous studies. Half the studies had tracked participants for more than 14 years. Overall, 116,686 deaths were recorded. Based on self-reports of physical activity, people who did less than the recommended minimum of activity were still 20 percent less likely to die during the studies than people who were not active at all. Mortality risk was 31 percent lower for people who did one to two times the recommended minimum, and 37 percent lower for those who did two to three times the recommended minimum activity.

Mortality risk seemed to level off at three to five times the recommended minimum amount of exercise, which is equivalent to a weekly minimum of walking 7 hours or running 2 hours 15 minutes, Arem told Reuters Health by email. But there was no evidence that doing even 10 times the minimum recommended amount would do any harm, the authors write in JAMA Internal Medicine. The results were similar whether the research team analyzed deaths from any cause, or deaths specifically from cardiovascular disease or cancer. “While we adjusted for known mortality risk factors like body mass index and smoking, we were not able to adjust for diet in this study as we did not have information available in all cohorts,” she said. “However, in previous analyses in these cohorts where information on diet was available, the associations between physical activity and mortality persisted even after they were adjusted for diet.”

The new results largely reinforce existing guidelines, which already state that some activity is better than no activity, according to Todd M. Manini of the University of Florida in Gainesville. Manini wrote an editorial accompanying the new findings. “Getting just a little bit above doing nothing, there was a 20 percent reduction in mortality,” he told Reuters Health by phone. “That was the biggest shift going from one category to another.” Just one hour of brisk walking or 30 minutes of jogging or biking per week is enough to move into that first category and out of the “inactive” group, he noted. Doing more than the recommended amount didn’t seem to decrease mortality risk much further, but may have many other health benefits beyond just decreasing the risk of death, Manini said. Volume of activity, rather than intensity, drove longevity benefit in the new findings, Arem said. A study of middle-aged and older Australians published in the same issue of JAMA Internal Medicine found that vigorous activity was more strongly linked to a decreased risk of death than moderate intensity activity. “Future research is needed to determine whether associations between physical activity and mortality differ by specific activities,” Arem said. –Reuters