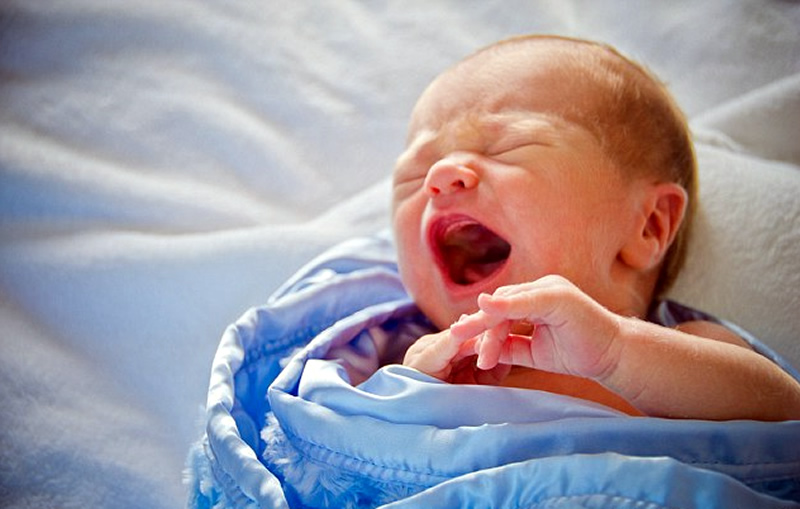 The brains of babies “light up” in a similar way to adults when exposed to the same painful stimulus, suggesting they feel pain much like adults do, researchers said on Tuesday.

In the first of its kind study using magnetic resonance imaging (MRI), scientists from Britain’s Oxford University found that 18 of the 20 brain regions active in adults experiencing pain were also active in babies. Brain scans of the sleeping infants while they were subjected to mild pokes on the bottom of their feet with a special rod — creating a sensation “like being poked with a pencil” — also showed their brains had the same response to a slighter “poke” as adults did to a stimulus four times as strong, suggesting babies have a much lower pain threshold. “Obviously babies can’t tell us about their experience of pain and it is difficult to infer pain from visual observations,” said Rebeccah Slater, a doctor at Oxford’s pediatrics department who led the study.

“In fact some people have argued that babies’ brains are not developed enough for them to really feel pain… (yet) our study provides the first really strong evidence this is not the case. Even as recently as the 1980s it was common practice for babies undergoing surgery to be given neuromuscular blocks but no pain relief medication.

Last year, a review of neonatal pain management in intensive care found that although these babies experience an average of 11 painful procedures per day, 60 percent do not receive any kind of pain medication. “Our study suggests that not only do babies experience pain but they may be more sensitive to it than adults,” Slater said. “If we would provide pain relief for an older child undergoing a procedure, then we should look at giving pain relief to an infant.”

The research looked at 10 healthy babies aged between one and six days and 10 healthy adults aged 23 to 36. During the study the babies, accompanied by their parents and by doctors, were put in an MRI scanner where most of them fell asleep. MRI brain scans were then taken as the babies were poked on the bottom of their feet, and compared with scans of adults exposed to the same stimulus. The findings were published in the journal eLife. – Reuters