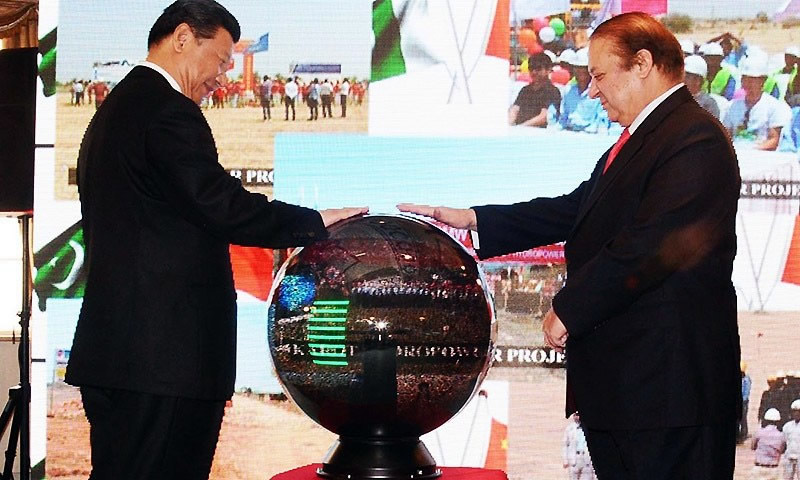 Compared to the $46 billion China plans to invest in Pakistan, the $7.5 billion US package for Pakistan was too thinly scattered, according to a former Pentagon official.

David S. Sedney, who headed the Pakistan desk at the Pentagon, said the US package also failed to make a strategic impact on Pakistan. Some Western diplomats told CBS News that China’s increasing economic engagement with Pakistan should be seen in the context of Beijing’s “efforts to counter the US efforts to deepen alliances around the Asia-Pacific region”. In an interview to The New York Times, Mr Sedney noted that the 2009-2012 US aid package for Pakistan designated $7.5 billion for development projects over five years. He called the package a “dramatic failure” because the resources were “scattered too thinly, and had no practical or strategic impact. The official noted that the Chinese seemed to have learned from the American programmer, “including the notion that the American plan was designed to deliver a strategic result – deterring terrorism — but failed to do so”. To do better than the United States, the Chinese have come up with “a much larger financial commitment — and it is focused on a specific area, it has a signature infrastructure focus and it is a decades-long commitment,” he said.

Other US media outlets pointed out that China would use this massive investment package to expand Pakistan’s network of roads, rails and ports. The purpose of the initiative was to connect China to Europe through Central Asia and Russia, the reports said.  The reports noted that in November, China announced plans to build the Silk Road Economic Belt and Maritime Silk Road, which would connect Pakistan to China and Central Asia. Pakistani officials told The New York Times China’s $46 billion would be used for the construction of roads, rails and power plants. Chinese engineers will be dispatched over 15 years to work in Pakistan in projects that overshadow past US support. The newspaper also spoke to senior Pakistani officials and politicians who pointed out that “the Chinese are stepping in, in a much, much bigger way than the United States ever contemplated.