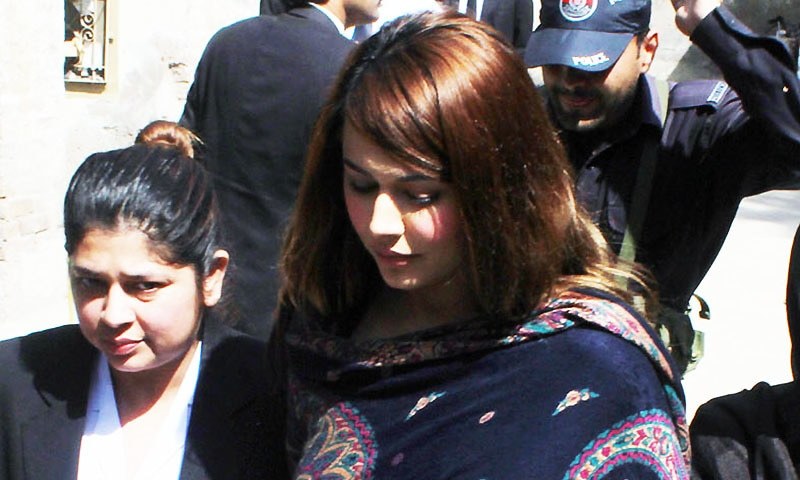 Three under-trial prisoners (UTP) have been assigned the same barrack in Adiala Jail as the supermodel Ayyan Ali allegedly to protect her against other prisoners and even herself.

According to sources at the jail, the prison department officials fear threats to the model’s life so three other women UTPs have been assigned the same barrack as her to provide her company and protection. Ms Ali has been languishing in a separate room at the women UTP’s barracks at Adiala Jail. In March, customs officials at the Benazir Bhutto International Airport detained her for attempting to smuggle a large amount of foreign currency out of the country. According to jail sources, the supermodel and her companions have been allowed to cook their own meals as she does not like the food served at the jail. A senior official of the prison department, requesting anonymity, told Dawn that Ms Ali’s is a high profile case which has received a lot of negative media attention.  He said that in such cases there may be serious threats to the life of the prisoner.

The official further said that Ms Ali appears to be distressed and jail authorities fear she may even attempt suicide. “We want to safeguard her life until the conclusion of the case. To reduce her isolation and ensure her safety, jail authorities had been asked to beef up security around her and provide her with women companions,” he said. The official said Ms Ali has been warned against taking any edibles from other prisoners and whenever she is given something to eat, it is thoroughly checked.

Nisar Warns of Disbanding FIA if it Fails to Deliver