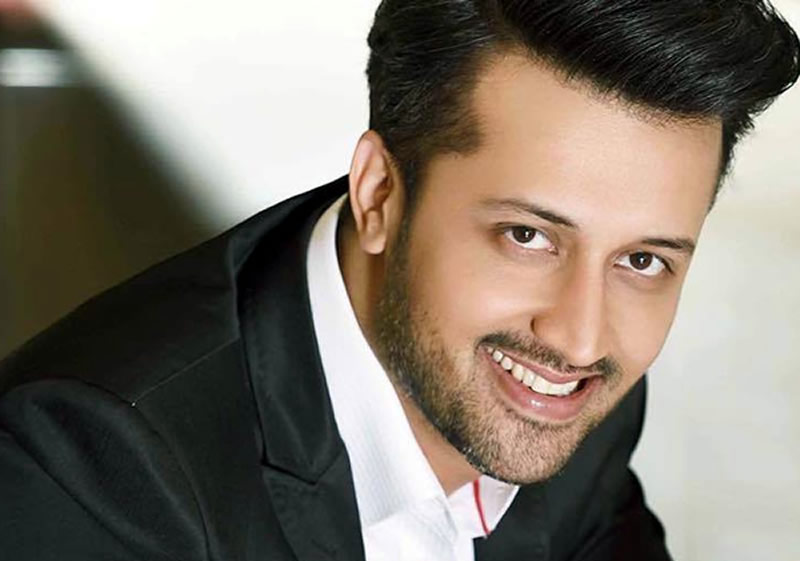 Earlier this week, the popular singer announced that he won’t release his sizable library of music because listeners don’t buy albums anymore.

Now he’s hinting at the possibility of his Bollywood debut, but refuses to divulge any details about the producers he’s in talks with. Although he’s made it clear that he has yet to sign a film, Aslam says he’s fairly certain that he’ll revive his acting career, maybe as soon as the end of this year. “I am getting offers for the past couple of years and probably you will be finding me in something by the end of this year or the beginning of next year,” Atif told PTI. Aslam made his acting debut in Shoaib Mansoor’s Bol in 2011 and hasn’t acted since.

This first role as Mustafa, a progressive, music-loving doctor who woos his neighbour’s daughter, has made quite an impression on him, as the singer appears to be seeking a similar role. The singer said he is interested in a romantic role in a film, which is about love and music, reported IBNLive.

However, he wouldn’t mind a dark role either. “I am excited about both (kinds of roles),” he said, while keeping mum about the producers who have offered him the roles. Only time will tell us whether Aslam will be appearing on the big screen again.

Contrary to his earlier refusal to release 150 songs, Aslam also said he was returning to his Jalpari roots with a new album that he will launch by the end of this year. Consisting of nine to 10 tracks, the album would also have elements of folk music. “It would be a personal, pure and organic album. I have already written the songs,” Aslam said.