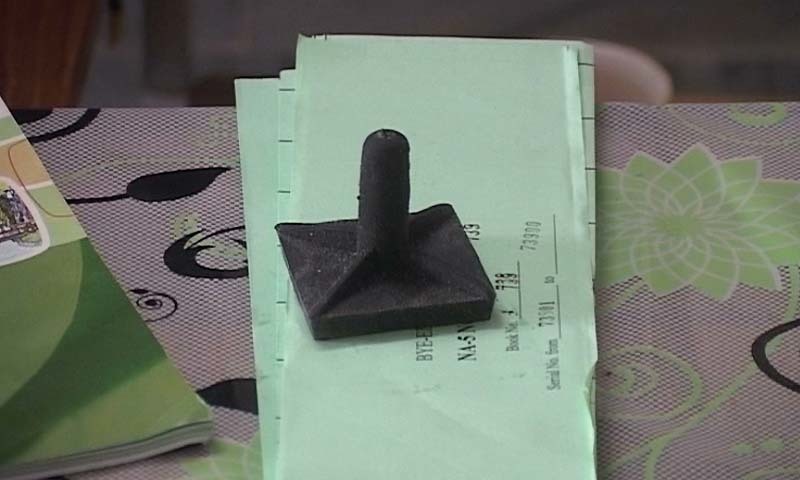 The poll inquiry commission looking into allegations of widespread malpractices in the 2013 general elections was told on Monday that neither any demand for printing additional ballot papers came nor were these printed after May 7, 2013 – four days before the polling. This was stated before a three-judge Judicial Commission, headed by Chief Justice Nasir-ul-Mulk, during the third consecutive day of cross-examination of Mehboob Anwar, Punjab’s former election commissioner (PEC). He was cross-examined by Salman Akram Raja, representing the Election Commission of Pakistan (ECP), and Shahid Hamid, counsel for the ruling PML-N. The counsel representing other parties did not cross-examine the five witnesses called by the commission – the managing directors of the printing presses – on the grounds that it would prejudice the proceedings since some additional documents had been filed by the ECP.

The commission had yet to admit or deny contents in documents submitted by the Pakistan Tehreek-i-Insaf (PTI). As usual PTI Chairman Imran Khan, along with the party’s Secretary General Jehangir Tareen, watched the proceedings attentively. In his cross-examination by Salman Raja, former PEC Anwar conceded that the printing of ballot papers was strictly in accordance with the original demand of the returning officers (ROs) and no additional papers had been sought or printed after May 7. The ballot papers were to be collected by representatives of the ROs directly from the Printing Corporation of Pakistan Press (PCPP), he deposed. About additional manpower for binding and numbering of the ballot papers, Mr Anwar said the request for such people had been made after receiving a telephone call from PCPP Islamabad Managing Director Fazlur Rehman and then from the ECP’s additional secretary informing him that the MD himself had come and he should assist the printers in the matter.

But the ex-PEC said he had no idea how many people had actually been employed at the printers’ Islamabad office. Salman Raja presented a number of documents before the commission which were also acknowledged by Mr Anwar. These include the ECP’s May 4, 2013, letter to Mr Anwar regarding shifting of some polling stations, May 5 letter addressed to all provincial election commissioners and April 27, 2013 letter about deployment of army personnel at the Pakistan Post Foundation Press (PPFP).