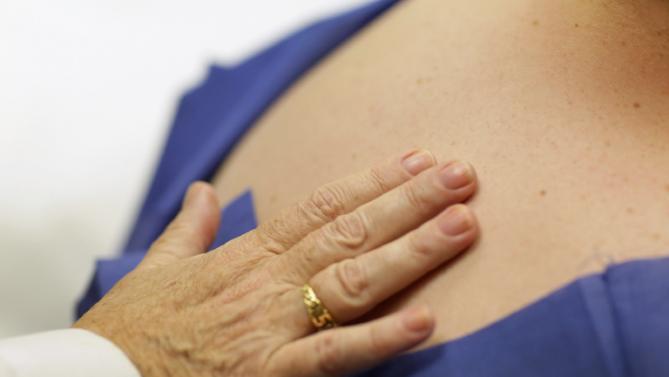 A certain type of vitamin B3 may help reduce the risk of non-melanoma skin cancers by 23 percent, according to research released Wednesday ahead of a major US cancer conference.

Known as nicotinamide, the vitamin supplement was shown to enhance DNA repair and restore the skin’s immunity, said the findings presented in advance of the American College of Clinical Oncology Conference in Chicago later this month. “This is the first clear evidence that we can reduce skin cancers using a simple vitamin, together with sensible sun protection,” said lead researcher Diona Damian, a professor of dermatology at the University of Sydney. The study involved 386 patients who had been diagnosed with at least two skin cancers — such as basal cell carcinoma and squamous cell carcinoma — in the last five years. Half were randomly assigned to take 500 milligrams twice daily of nicotinamide, while the other half took a placebo. Researchers stressed that the study involved nicotinamide, and not nicotinic acid, another common form of vitamin B3 that has been associated with some side effects including flushing and low blood pressure.

The treatment was well-tolerated in the patients, whose ages ranged from 30 to 91 and who were considered high-risk due to their history of skin cancer. When patients stopped taking the supplements, their risk of getting skin cancer rose again about six months later, indicating that the benefit can only be gained if the supplements are taken consistently. “This is ready to go straight into the clinic,” said Damian. However, she cautioned that the treatment was not tested as a remedy or prevention strategy for the general public, and that sunscreen is still necessary to protect against skin cancer. – AFP