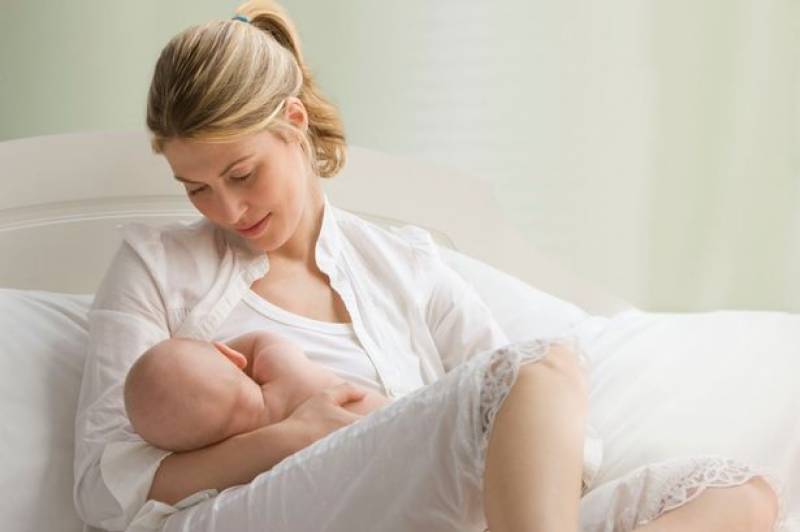 Breastfeeding a baby for at least six months may be linked to a lower risk of childhood leukemia, according to a review of previously published research on the topic.

The findings in the Journal of the American Medical Association (JAMA) Pediatrics suggest that breastfed babies have a 19 percent lower risk of the blood cancer compared to babies who are given formula or who are breastfed for a shorter period of time.

“The many potential preventive health benefits of breastfeeding should also be communicated openly to the general public, not only to mothers, so breastfeeding can be more socially accepted and facilitated,” said the study led by Efrat Amitay and Lital Keinan-Boker of the University of Haifa, Israel. Their study reviewed 18 past studies on the association between breastfeeding and leukemia, the most common childhood cancer.

It accounts for about 30 percent of all pediatric cancers. While none of the studies explained why or how breast milk could be lowering the risk of childhood leukemia, the researchers suggested it contains “many immunologically active components and anti-inflammatory defense mechanisms that influence the development of an infant’s immune system.” However, not all experts agree that the findings are the last word on the matter. “The suggestion that children who had been breastfed might be at a reduced risk of childhood leukemia has been around for decades,” said Valerie Beral, professor of epidemiology at the University of Oxford.

“However previous research, and that described in this new report, are not sufficiently rigorous to confirm or refute such a claim.” She noticed parents were asked about what they had done around the time their children were born, and thus “parents’ memory of what they had done years ago was affected by the knowledge that their child had leukemia.” “The researchers had no way of assessing such an important potential problem, which could well have distorted their results,” she added. According to Mel Greaves, director of the Centre for Evolution and Cancer at the Institute of Cancer Research in London, the type of cancer studied — acute lymphoblastic leukemia (ALL) — is uncommon and only affects about one in 2,000 children.

“This study also fits in with increasing evidence that infants who are exposed to infections –- through attending day care or contact with older siblings -– are less vulnerable to this type of leukemia,” said Greaves. “Extended breastfeeding and natural infectious exposures in infancy were part and parcel of human life until relatively recently.  “The increasing incidence of ALL in modern, affluent and hygienic societies may be an unintended consequence of these social changes.” –AFP