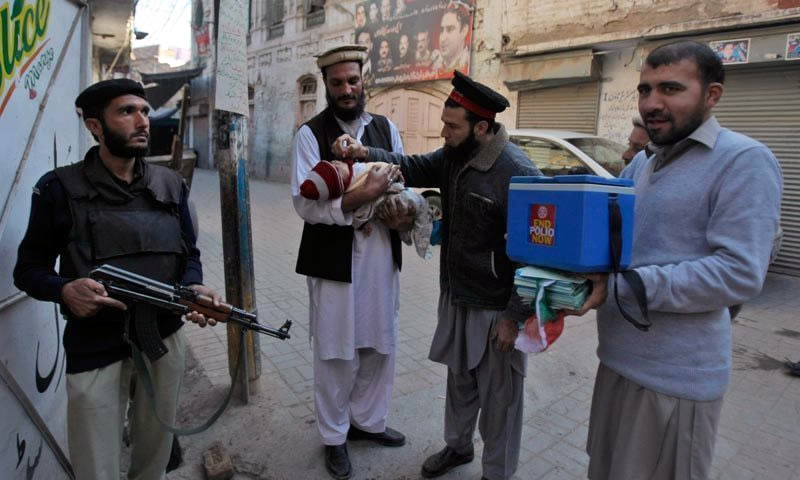 In an important inter-country meeting on cross border transmission on polio eradication Pakistan and Afghanistan agreed on joint vigilance to stop the cross border spread of polio in both countries.

Pakistan side was led by Senator Ayesha Raza Farooq, Prime Minister’s Focal Person on Polio Eradication whereas the Afghan side was led by Dr. Hedayatullah Satankzai, Senior Adviser on Health to Afghan Government.

Speaking on the occasion Senator Ayesha Raza Farooq said Pakistan and Afghanistan today remain the only countries in the South Asian region afflicted  with polio whereas the entire region has been certified as free of the disease. “We must collectively strive for a polio-free South Asia and a polio-free  world. The global community is looking towards us to deliver as we are the final frontier in realization of the goal of a polio-free world.” She said it is a reality that polio eradication in this region will depend on stopping polio in both Pakistan and Afghanistan. “Given the highly porous border and heavy and frequent cross border movement, we will have to make collective efforts as one epidemiological block to stop polio virus transmission through a robust closely coordinated plan.Polio anywhere in both the countries means polio everywhere.”

Senator Ayesha Raza said that the meeting reflected the will of both Governments to forge a strong partnership with well laid out framework and clearly defined roles and responsibilities and measurable outcomes tied to timelines, to defeat polio.  Speaking on the occasion Senior Adviser Health Afghanistan Dr. Hedayatullah Satankzai appreciated the Government of Pakistan for the initiative to forge strong cross border collaboration between the two countries in this critical area.  Later the two delegations developed a joint plan of action to strengthen immunization services and surveillance in border areas, which was approved by heads of both delegations.