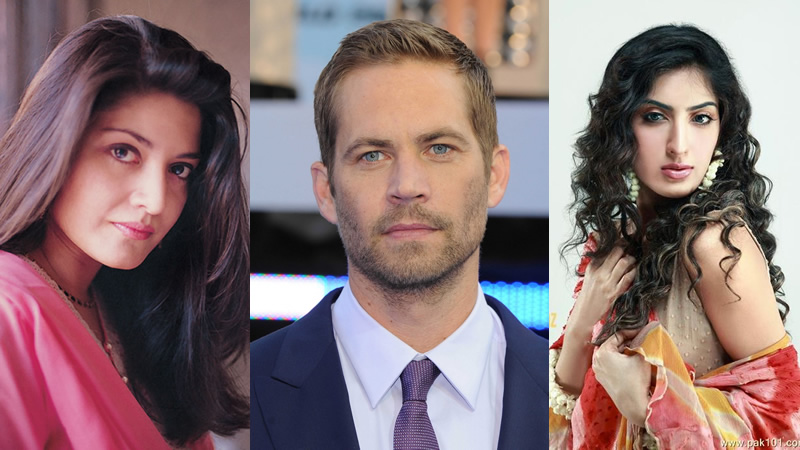 Everyone experiences death. Death and dying are an inevitable part of human life. The same way that we have zero control over our births; when will we be born, in what circumstances and to whom?…similarly we have no control over the time, day and place of our deaths. They say that people who die young are the luckiest for they left this world behind them in their glory days. And truly, today we have listed down 10 such celebrities who not only conquered the hearts of their followers with their exceptional work while living, but left a legacy behind them, a story written under their names, to be told and re-told for years to come. Who died at the age of 33 was a Hong Kong based martial artist. After acting in 20 Chinese productions, Bruce Lee began directing his own action movies in Cantonese and English. He founded the Jeet Kune Do in 1967 which is an eclectic and hybrid style fighting art that Lee designed by himself. He is widely considered by commentators, critics, media and other martial artists to be one of the most influential martial artists of all time, and a pop culture icon of the 20th century. He is often credited with helping to change the way Asians were presented in American films. Bruce Lee died on July 20 1973 after he complained of headache, took a painkiller and went to bed. He never woke up from his sleep. During his autopsy, he was diagnosed with cerebral edema (brain swelling) which was believed to be caused by a chemical reaction triggered by his several medications. Murphy Who died at the age of 32 was an American film and stage actress, singer, and voice artist who won the Teen Choice award in 2003. Murphy, a native of Atlanta, moved to Los Angeles as a teenager, and pursued a career in acting. Her breakthrough role was in Amy Heckerling’s Clueless (1995), followed by supporting roles in independent films such as Freeway (1996) and Bongwater (1998). On Dec 20 2009, Murphy was found unconscious in her bathroom in Los Angeles and taken to the hospital where she died of a possible cardiac arrest. It was rumored in 2005 that Murphy became addicted to cocaine and has lost a tremendous amount of weight. But according to autopsy results, her death was ruled out to be accidental and she was buried at Hollywood Hill on Dec 24th. Kurt Donald Cobain was an American musician who was best known as the lead singer, guitarist, and primary songwriter of the grunge band Nirvana. Cobain formed Nirvana with Krist Novoselic in Aberdeen, Washington, in 1985 and established it as part of the Seattle music scene, having its debut album Bleach released on the independent record label Sub Pop in 1989. Cobain has been remembered as one of the most iconic rock musicians in the history of alternative music. In 2003, David Fricke of Rolling Stone ranked him the 12th greatest guitarist of all time On April 5 1995, at the age of 27, Cobain shot himself in his Seattle home. His body was discovered by an electrician with a suicide note that read that he had not “felt the excitement of listening to as well as creating music, along with really writing … for too many years now”. High concentration of heroine was found in his blood. Speaking to media Courtney Love, his wife, admitted to the musician’s suicidal tendencies and addiction to alcohol and drugs at his funeral in Seattle Center. Paul William Walker was an American actor. He began his early career as a guest-starring in several television shows such as ‘The Young and the Restless’ and ‘Touched by an Angel’. Walker gained prominence with breakout roles in Coming-of-Age and teen films such as She’s All That and Varsity Blues. In 2001, Walker gained international fame for playing Brian O’Conner, one of the lead protagonists in the street racing action film The Fast and the Furious, and would reprise the role in its sequels.. Walker was the face of The Coty Prestige fragrance brand Davidoff Cool Water for Men and starred in the National Geographic Channel series, Expedition Great White. He also founded the charity Reach Out Worldwide (ROWW), an organization providing relief efforts for areas affected by natural disasters. On November 30, 2013, Walker died at the age of 40 in a single car accident alongside friend Roger Rodas. His films Hours and Brick Mansions were released posthumously and his final film Furious 7 is scheduled to be released on April 3, 2015 in the United States. It is said that Walker’s love for sports cars was not limited to his Fast and Furious movies. In real life too Walker enjoyed driving at high speed and just before the crash, they could have possibly be driving at a speed of 100 miles per hour. Waheed Murad was a legendary Pakistani film actor, producer and script writer, famous for his charming expressions, attractive personality, tender voice and unusual talent for acting. Waheed is considered as one of the most famous and influential actors of South Asia. He is often referred to as o “Chocolate Hero”. He started his film career as cameo in 1959 in the film Saathi, when he was 21 years old. His naughty facial gestures, bold romanticism and alluring performance style during picturisation of songs made him immensely popular. One of his biggest successful films is Armaan, which was produced by him, made a pivotal impact on the sub-continental film industry such that the Pakistani film industry was considered as the rising star and the film made him a superstar overnight Waheed died on 23rd November 1983, at the age of 45 from a possible heart attack or suicide. He was found lying on the floor with a betel leaf in his mouth. Legendary and first female pop singer of Pakistan, Nazia Hassan is well known name throughout South Asia. Her song, “Aap Jaisa Koi”, from the Indian film Qurbani (1980) established her as a music icon. Hassan was the first Pakistani to win a Filmfare Award and remains the youngest winner of a Filmfare Award in the category of Best Female Playback Singer to date when she was 15. Hassan is a recipient of the Pride of Performance, Double Platinum Award and Golden Disc Awards. Her debut album, Disco Deewane(1981) charted in fourteen countries worldwide became the best-selling Asian pop record up until that time. She, along with her brother Zohaib Hassan, went on to sell over 60 million records worldwide. Hassan fought a long battle with cancer during the last years of her life and died of lung cancer in London on 13 August 2000 at the age of 35. The Government of Pakistan has conferred upon Hassan the highest civilian award Pride of Performance. The award was presented to Hassan’s mother, Muniza, by the President of Pakistan in an official ceremony held at Islamabad on 23 March 2002. Divya Om Prakash Bharti was an Indian film actress who starred in a number of commercially successful Hindi and Telugu films in the early 1990s. Bharti began her career as an actress in Telugu films with the film Bobbili Raja in 1990. She progressed to Hindi films in 1992 with Vishwatma. Bharti went on to have commercial success with films like Shola Aur Shabnam and Deewana that same year, for which she garnered a Filmfare Award for Best Female Debut.[1] She acted in over 14 Hindi films between 1992 and early 1993 which is till date an unbroken record for a newcomer in Bollywood. Bharti died on 5 April 1993 at a very young age of 19 after falling from the balcony of her 5th storey apartment in Versova. Eyewitnesses were reported to have seen her slip down the parapet of her balcony after losing balance. Although a mystery still surrounds her death, it was dismissed as an accident. Madhubala was an Indian Bollywood actress who appeared in classic films of Hindi Cinema. She was active between 1942 and 1960. Along with her contemporaries Nargis and Meena Kumari, she is regarded as one of the most influential personalities of Hindi movies. She is also considered to be one of the most beautiful actresses to have worked in the industry. Madhubala received mass recognition for her performances in films like Mahal (1949), Amar (1954), Mr. & Mrs. ’55 (1955), Chalti Ka Naam Gaadi (1958), Mughal-e-Azam (1960) and Barsaat Ki Raat (1960). Madhubala’s performance in Mughal-e-Azam established her as an iconic actress of Hindi Cinema. Her last film, Jwala, although shot in the 1950s, was released in 1971. She died on 23 February 1969, at the age of 36 after a prolonged illness: ventricular septal defect (hole in her heart). Born with the name Nafisa Rizvi Khan, Jiah was a British American actress, model and singer who appeared in Hindi films. She made her film debut in the 2007 Ram Gopal Verma film Nishabd for which she was nominated for Filmfare Award for Best Female Debut. She was later noted for portraying a modern, independent woman in Ghajini which was the highest-grossing Bollywood film of 2008. Her performance in the latter earned her significant acclaim. She last appeared in Sajid Khan’s romantic comedy Housefull, which was the fifth highest-grossing Bollywood film of 2010. On june 3rd 2013, Jiah Khan was found dead in her apartment in Juhu, Mumbai. A suicide note which was later found by her sister indicated that Jiah has taken her life after her relationship with Sooraj Pancholi has met its rough edge. Sana Khan was a Pakistani model and actress, well known for her work in Parchaiyan. Khan started her career as a model and modelled for Veet Super Model in 2011. Apart from modelling, Khan acted in Pakistani shows Parchaiyan and Rukhsaar. Her marriage to actor Babar Khan in 2013 was short lived. The couple was involved in a car accident on March 7 2014 which proved to be fatal for 28 year old Sana. Sana died on spot when their car, driven by Babar lost control on Super Highway and turned upside down. Her husband survived the crash with injuries.

It is a Budget for the Privileged, says MQM