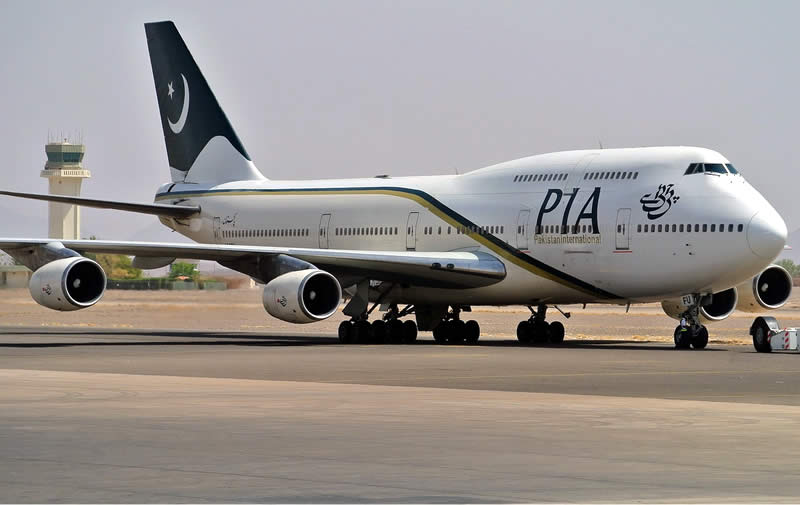 “Termination from service” will now be the only punishment if any staffer of the Pakistan International Airlines is found involved in smuggling of banned items.

The PIA management has decided to take the “extreme step” to discourage the crew from smuggling restricted goods or drugs after five of its employees, including two airhostesses, were detained in London last week on these charges.

“The management has decided in principle to dismiss from service with immediate effect those involved in smuggling banned goods abroad or in the country because they are bringing bad name to the PIA and Pakistan. There will be no suspension (from service) or holding of inquiry in such cases anymore,” PIA’s spokesman Aamir Memon said. alking to Dawn on Sun­day, he said had this policy (of termination) been adop­ted earlier such incidents would not have been so common.  “There is a zero tolerance towards breaking law of the land by the PIA crew.

They have been told about this as PIA is not going to compromise on such violations,” Mr Memon said. Last week, authorities at Heathrow airport had detained five PIA crew, including two airhostesses, from a London-Karachi flight PK-788. The customs authorities searched the crew’s luggage for two hours and reportedly recovered around 30,000 pounds and a large quantity of smart phones from it. The UK authorities confiscated the phones and the amount which exceeded the limit and allowed the crew to return to Karachi. The airport authorities also reportedly issued a warning to the PIA over the matter.

There have been a number of reminders circulated to airlines to remind you who is eligible to use the Crew Clearance facility at Heathrow.” Under the law, all operating crew members travelling from outside the European Union are required to make a customs declaration. This applies whether or not they have obtained any goods abroad or during the flight. Crew members (are) not permitted to exit land side until they have made a customs declaration at the Border Force Crew Clearance facility in Building 820.