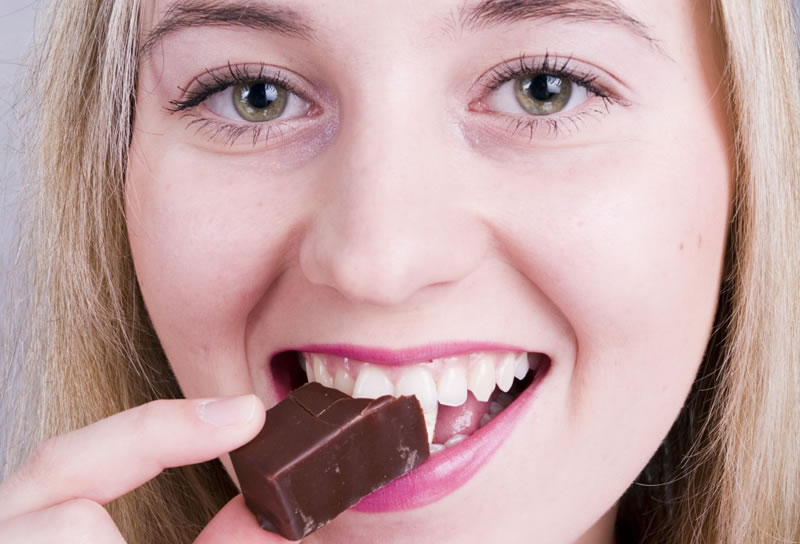 Chocolate may be good for your heart, study suggests

New research has added to tentative evidence that eating chocolate in modest quantities may be good for the heart, its investigators said on Tuesday.

Scientists in Britain looked at data from nearly 21,000 people who filled out questionnaires about their lifestyle, and had their health monitored for more than 11 years.

Their average daily consumption was seven grams (0.25 ounces) of chocolate, ranging from none to 100g.  The top fifth of chocolate-eaters were 12 percent less likely to develop heart disease and 23 percent less likely to suffer a stroke compared to the bottom fifth of consumers, the researchers found. The study, published in the British journal Heart, noted that most consumers of the confectionary ate milk chocolate, not dark chocolate which famously has a higher percentage of protective molecules called flavonoids.

“This may indicate that not only flavonoids, but also other compounds, possibly related to milk constituents, such as calcium and fatty acids, may provide an explanation for the observed association,” it said. The team, headed by Phyo Myint of the University of Aberdeen in Scotland, admitted the probe had limitations. The study was observational, meaning it could not show cause and effect, merely an association which may be circumstantial. Another question mark was to be found in “reverse causation”: participants who knew they had cardiovascular problems may have followed a healthier diet and eaten less chocolate.

Read More: Chocolate may be good for your heart

The team also did a review of other published studies, covering more than 130,000 people in total, and said they had found a similarly beneficial association with regular chocolate consumption. “Cumulative evidence suggests that higher chocolate intake is associated with a lower risk of future cardiovascular events,” it said. “There does not appear to be any evidence to say that chocolate should be avoided in those who are concerned about cardiovascular risk.” A couple of squares of chocolate are around 16g, and an average bar of chocolate about 50g. Commentators not involved in the research were cautious, noting too much chocolate can lead to weight gain, which is bad for the heart.

“You can’t draw a medical conclusion from this study,” said Arnaud Cocaul, a nutritionist at the Pitie Salpetriere Hospital in Paris. “People who refrain from eating chocolate are not necessarily those who eat the most balanced diet.” Added Tim Chico, a cardiologist at the University of Sheffield in northern England: “I would not advise my patients to increase their chocolate intake based on this research, particularly if they are overweight,” in remarks to Britain’s Science Media Centre (SMC). –AFP