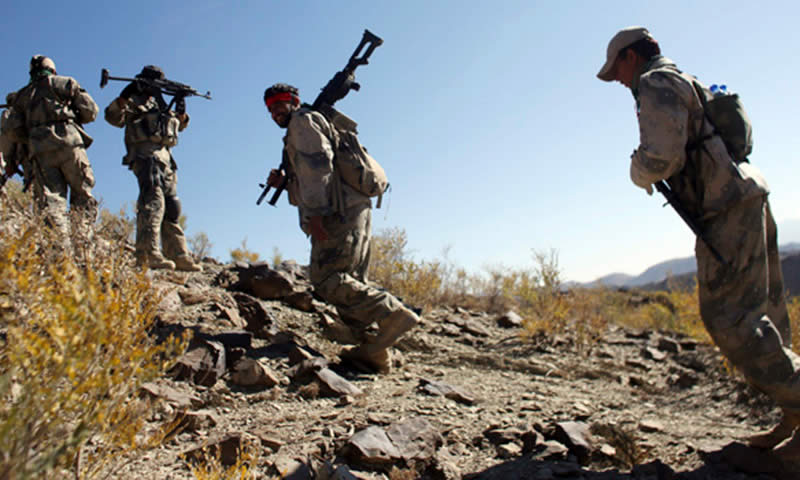 In an unprecedented cross-border ‘rescue’ operation, Pakistani troops crossed into Afghanistan on Tuesday to evacuate an Afghan soldier, who had been critically wounded in an exchange with the Taliban.

“This afternoon an Afghan soldier was severely injured in an exchange of fire with terrorists 600 metres inside Afghan territory.

“Afghan authorities sought help for evacuation of the soldier and Pakistani forces stationed at a nearby post responded quickly and brought the wounded soldier to Pakistani side of the border,” a military spokesman said.  The injured soldier was deployed at Afghan Army’s ‘Shaheen Post’, which is some 1.5 km west of Bajaur’s Nawapass area. The soldier is now being treated at a military hospital in Khar, the political headquarters of Bajaur Agency. The rescue operation carried out by Pakistan Army on the Afghan request was unthinkable a few months ago. It is the same region in which, till a year ago, hordes of Kunar-based militants would attack Pakistani border posts and troops would then respond with artillery fire, then leaving the two countries to trade allegations.

Kunar for years hosted sanctuaries of Pakistani militants, who had fled operations in Swat and Bajaur. It was after the Army Public School carnage in December last year that Afghan security forces launched an operation against the militants, who had taken refuge there. Pakistan Army’s rescue operation, however, manifested a new phase in ties. The two countries have lately taken a number of steps to bridge the gulf of distrust and turn the acrimonious past into a harmonious relationship. Besides, the intelligence cooperation MoU, the two have worked on improving border coordination. According to an international law expert, the issue of consent to such operations by the concerned state (Afghanistan in this case) was the most delicate and politically sensitive part. Since the operation in question took place on Afghan request, there was apparently no issue with it, he added.