Humsafar Couple– Behind the Scenes of Lux Style Awards 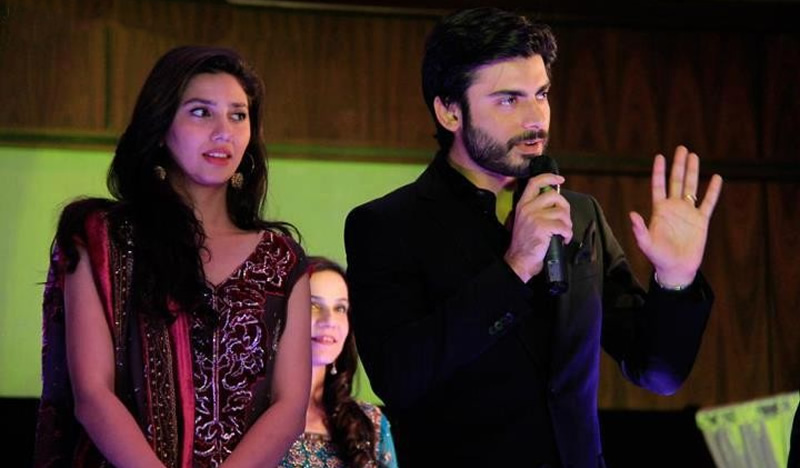 Humsafar couple is the star of the Lux Style Awards 2015

Lux Style Awards recently released a BTS video featuring Mahira Khan and Fawad Khan, as they got ready for their shoot.

They made us look forward to the Lux Style Awards like no one else did. Mahira Khan and Fawad Khan are arguably the best on-screen couple in Pakistan.

Their chemistry in Humsafar was there for all to see, and appreciate. Both Pakistani drama serial actors signed films in Bollywood and continue to rule the hearts of Indians till date. Lux Style Awards released a behind-the-scenes footage of the two actors, which you can view below.

The two actors can be seen reigniting their chemistry, as they attempt to dance and maintain their mutual charisma. Often the duo miss a step or two, as they struggle to get it right the first time. “Due to Lux Style Awards, me and Fawad have got another chance to work, after four and a half years,” said Mahira.

“What we’re doing in this advertisement is something you have never seen us do on-screen so hope you guys like it.” Fawad on the other hand stated that Lux Style Awards were leading in the game and that he was glad to work with Mahira again.

“I share a great camaraderie with Mahira Khan,” said Fawad with a slight smile. “She has always been a pleasure to work with. Lux Style Awards is leading the game currently and it is always an auspicious event.”This is the advertisement which you saw, sans the bloopers of course!