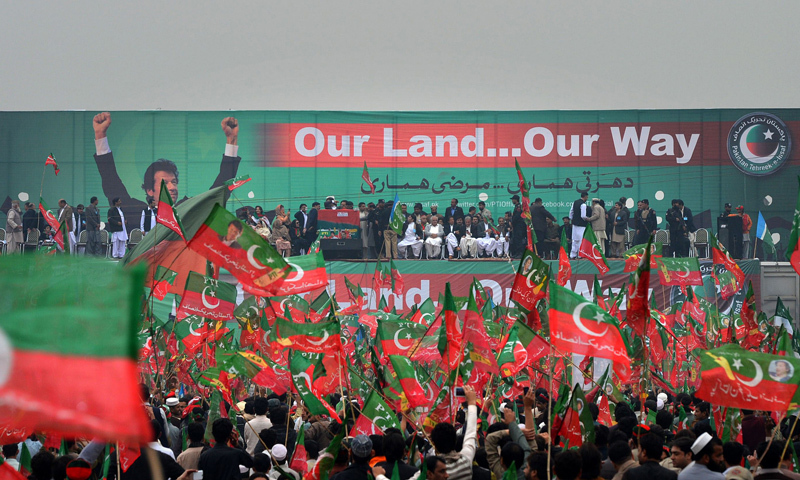 The capital administration on Monday said it had not yet received any application from the Pakistan Tehreek-i-Insaf for holding a procession on October 4 in Islamabad, an official of the administration told Dawn.

“The question of denying or allowing the PTI to hold procession does not arise until the party submits a request in this regard,” said a senior officer of the administration on condition of anonymity.

The letter sought necessary security cover and allied facilities for the rally, the official added. In response to the letter, DC retired Capt Mushtaq Ahmad intimated to the party that due to precarious security environment, all public gatherings and rallies were banned in Islamabad for which Section 144 of CrPC had already been imposed in the city, the official added. “No political gathering of any kind is allowed in Red Zone,” the official quoted from the letter of the DC to the PTI chief coordinator. Staging rally elsewhere in Islamabad also requires NOC (no objection certificate) from the capital administration after submission of an affidavit, the letter quoted by the official, adding that “therefore, any public event necessitates prior coordination and permission for necessary security arrangements and relaxation of CrPC section 144 if granted by the district magistrate.” “Without prejudice to the capital administration’s decision regarding relaxation of CrPC section 144 presently invoked in the capital by the district magistrate, you are requested to direct your party to approach the administration and share the details of the proposed programme on the said date,” the letter said.