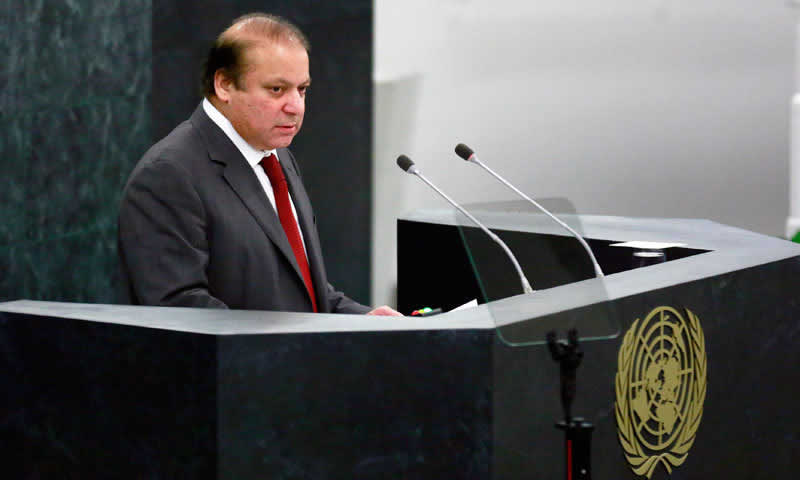 Prime Minister Nawaz Sharif, who is in US to attend and address the 70th session of United Nations General Assembly, held meetings with heads of different countries on Tuesday, said a statement issued here.

The premier met Italian Prime Minister Matteo Renzi and Prime Minister of Turkey Ahmet Davutoğlu in New York, a day before his scheduled address at the UN General Assembly.

Talking to his Italian counterpart Renzi, Nawaz said overseas Pakistanis living in Italy are playing an important role in their country’s development. He urged the Italian companies to take benefit of investment friendly environment by investing in Pakistan. They also agreed to strengthen trade and economic relations between the two countries. Italian premier said that a trade delegation of Italy will soon visit Pakistan.  Meanwhile, during his meeting with Nawaz Sharif, the Turkey’s prime minister commended Pakistan’s successful fight against terrorism. He described Pakistan-Turkey relationship as heart to heart relationship. PM’s advisers Sartaj Aziz and Tariq Fatemi and IT Minister Anusha Rehman also attended the meeting.

The prime minister will address the UNGA on September 30 and will articulate the government’s vision of a peaceful neighborhood and economic development, and share with the world community Pakistan’s position and priorities on key international and regional issues. During his stay at New York from Sept 25 to 30, Nawaz will address the UN Summit for the Adoption of the Post-2015 Development Agenda. The comprehensive and transformative agenda comprising the Sustainable Development Goals (SDGs) sets a new global development framework for the next 15 years, replacing the Millennium Development Goals (MDGs). The prime minister will also participate in a high-level roundtable on South-South Cooperation, and the Global Leaders’ Meeting on Gender Equality and Women’s Empowerment, being hosted by President Xi Jinping of China. The premier during his speeches at different events will stress Pakistan’s continuing strong role and engagement with the UN and the international community to promote collective responses to the multifaceted challenges of global peace, security and development.