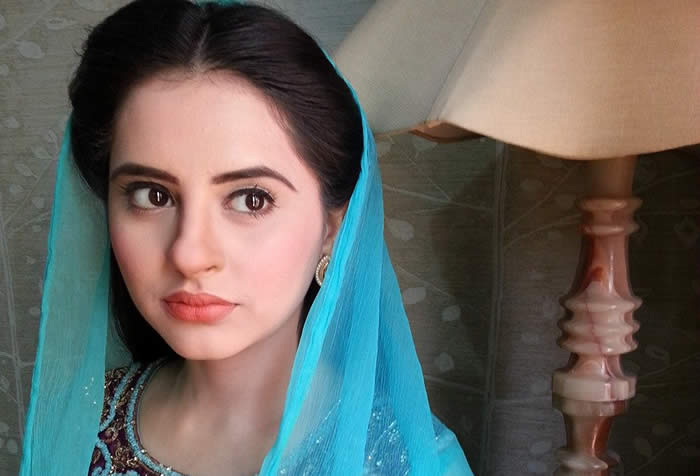 While some of them sincerely made us proud, the rest got shamed due to dire controversies across the border. But amongst them are some famous luminaries who fancied the entertainment projects emerging in their own homeland. When Bollywood came calling on their doorstep with a whiff of an offer wrapped in gold, these celebrities said an outright NO to movies in India!

Topping the list is Pakistan’s prominent patriotic actor, the veteran Shaan Shahid. A staunch believer of the talent that thrives in his nation, the star does not shy away from condemning other celebrities who chose B-town over their own entertainment industry. Shaan’s famous Bollywood refusal remains Amir Khan’s movie Ghajini in which he was asked to play a villainous avatar. Last year, the actor revealed in an interview to The National, “I refused India once. When I read the role, I knew that they needed a new terrorist face and I said no. In Pakistan, I live in people’s hearts. That’s a huge responsibility. I cannot let them down.”

The popular social media naysayer, Hamza Ali Abbasi is bound to be a prominent member of the “No Bollywood” team. When Meekal Zulfiqaar debuted in Bollywood with Akshay Kumar’s Baby, our Pyaray Afzal took to Facebook to expose that he was initially offered the role in the movie but turned it down as it had anti-Pakistani content. The evergreen favorite of Pakistan’s television industry, the versatile artist Faisal Quraishi has too been driving the “Anti-Bollywood” bandwagon for quite some time. Being the perfectionist he is, Faisal too has turned down a few movie offers from Bollywood. In an exclusive interview to Brandsynario earlier this year, the humble hero divulged, “I’ve had 2-3 offers, but the scripts weren’t to my liking. I don’t want to disappoint my fans by doing that doesn’t live up to their expectation.” Riding high on success, the Na Maloom Afrad heartthrob Fahad Mustafa is one of those loyal- to-Pakistan actors. Recently in a Twitter talk, the Jeeto Pakistan host unveiled that he received a movie proposal from the neighboring nation but preferred to work in his homeland.

The Billi item girl Mehwish Hayat oozes her catty confidence in whatever she does. Surely, it was inevitable that the reverberation of her powerful acting skills and killer dance moves will travel to India. According to gossips, Hayat was offered a role in Jut James Bond to star across actor Jimmy Shergil but turned the proposal down for good. You might not know but the sultry starlet Saba Qamar rejected not one, not two but four big Bollywood movies! The buzz is that she was offered roles in Love Aj Kal, Dehli 6, an Ekta Kapoor production and a flick starring Randeep Hoda. However, in a tete a tete with HSY in HUM TV’s Tonite With HSY, Saba told, “I think our focus should first be on our own film industry. If they give a role alongside Ranbir Kapoor or Shahrukh Khan, it makes sense, but not if it is with Randip Hoodha or Emraan Hashmi.”

There is no stopping for the Bin Roye boy Humayun Saeed who is on a perpetual rise to stardom in Pakistan’s booming cinema industry. Yet, the actor has reportedly denied back to back offers from prominent producers in India. In an interview to The News back in July 2015, Saeed openly clarified, “I’m in no mood to work in Bollywood right now. I have no issues working in Bollywood, but it has to be a really strong project to sway me. Otherwise, I’m feeling no urge to go now.” Who doesn’t love the rising superstar Sanam Jung! With her phenomenal performances in Dil-e-Muztar, Muhabbat Subah Ka Sitara and Alvida, she has surely proved her flair in Pakistan and so, has reaped attention beyond the border. When Bollywood knocked on Jung’s door, the Jago Pakistan Jago hostess straight out refused the offer. “When I said I would not do bold scenes, they replied they could ‘cheat’, but even if they cheat a scene, the audience will think I have done it. So Bollywood is out of the question”, said Sanam Jung in an interview to Aurora magazine. While Sajal Ali is gearing up for a cinematic debut in Pakistan in a movie with Feroze Khan, she too turned down the ticket to glory by Bollywood. Seemingly, she has no plan to grab hold of an Indian project in her pocket. Last month she made public to Roznama Express, “If I can achieve the same level of fame and respect in my country why would I want to go to Bollywood?”

Few people might know this but the bubbly heroine from “Kash Mai Teri Beti Na Hoti”, was offered a bold avatar by Bollywood director Anees Bazmee. While Bazmee has been the mastermind behind comedy films like Singh is King, Ready and No Entry, Effendi did not even think twice turning down the Indian icon. “Anees Bazmee called me and praised my drama serial and asked me to work in his film. I asked him about the story and the character I’d portray but refused to sign the movie because it required me to play a bold character,” the starlet commented to Roznama Express.