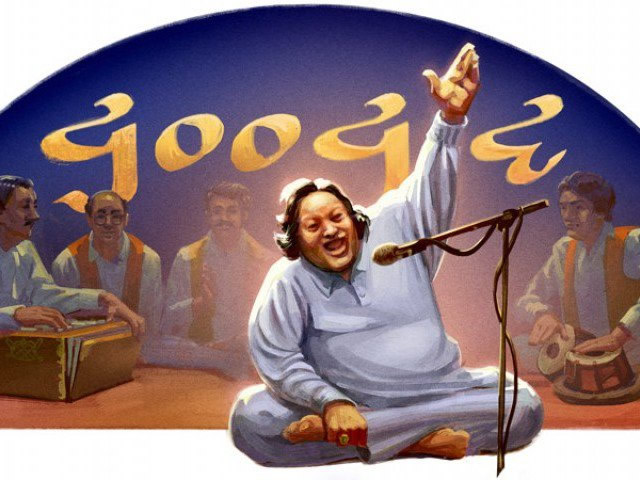 Nusrat Fateh Ali Khan was born on 13 October 1948 in Faisalabad, Pakistan in a Punjabi family.

Google has paid a special tribute to legendary singer Nusrat Fateh Ali Khan on his 67th birth anniversary. Keeping up with the tradition, the late singer has his own personal Google Doodle for the special day. Nusrat Fateh Ali was a singer of Qawwali and considered one of the greatest singers ever recorded; he possessed a six-octave vocal range and could perform at a high level of intensity for several hours.

He is popularly known as “Shahenshah-e-Qawwali”, meaning “The King of Kings of Qawwali”. According to Guinness Book of World Records, Nusrat Fateh Ali Khan holds the highest number of Qawwali albums released so far which is, almost 125.

He was among those shining stars who were awarded pride of performance in 1987. The great legend died of cardiac arrest in London on 16 August 1997 at the age of 48.